Becoming a Father: Join us in Making the MenCare Commitment

Becoming a father is a life-changing experience. Eighty-five percent of fathers tell us they’d do anything to be very involved in caring for their new child, but there is no country where men are doing an equal share of the child care and housework. Watch this film to find out what’s keeping us from reaching 50/50 when it comes to taking on parenting responsibilities, and to learn more about the bold commitments that can accelerate progress toward achieving gender equality globally.

Join the Movement: Time for Action

The inaugural State of the World’s Fathers, a landmark analysis of fatherhood, launched in 2015, inspiring advocacy and action with MenCare partners in over 40 countries. Now, it's time for action.

It’s About Time: The Case for Parental Leave

Hear from children how paid, equal, non-transferable leave for all parents can benefit us all in "It's About Time: The Case for Parental Leave."

Raising Boys to be Men Who Care

Watch this two-minute animation to learn how you can start reimagining a world free from gender-based violence, using lessons from the MenCare+ program.

Men from around the United States share their experiences of fatherhood in America's Dads. They say they can do more. They want to do more. But they can't do it alone.

A new Spanish-language animation from our MenCare partners in Latin America invites dads to get more actively involved in caring for their children.

MenCare Turkey's "You Are My Father" campaign promotes active and equitable fatherhood, and aims to end violence against women.

A religious teacher in Bondowoso, Indonesia upholds gender equality, women's rights and engaging men in domestic work in his community.

This documentary film shares the work and achievements of the MenCare+ Bandebereho project in engaging men in Rwanda.

MenCare Bulgaria's film "Тo be a Dad" is part of its award-winning campaign supporting positive parenthood and active fatherhood.

This film is about an event that celebrated Father's Day and the importance of the father-child relationship in Bulgaria.

This film celebrates active fatherhood and the work of MenCare in Sri Lanka.

"I support MenCare and millions of other fathers who are willing to be involved in caring for their children." - Lukman Sardi

In 2012 and 2013, REDMAS (the Masculinity Network for Gender Equality) worked with young parents to reflect on the kind of parenting they were practicing.

The Ami ê Pai campaign ("I'm a father" in Creole) hopes to contribute to changing the Cape Verdean culture related to gender norms and masculinity. 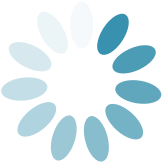