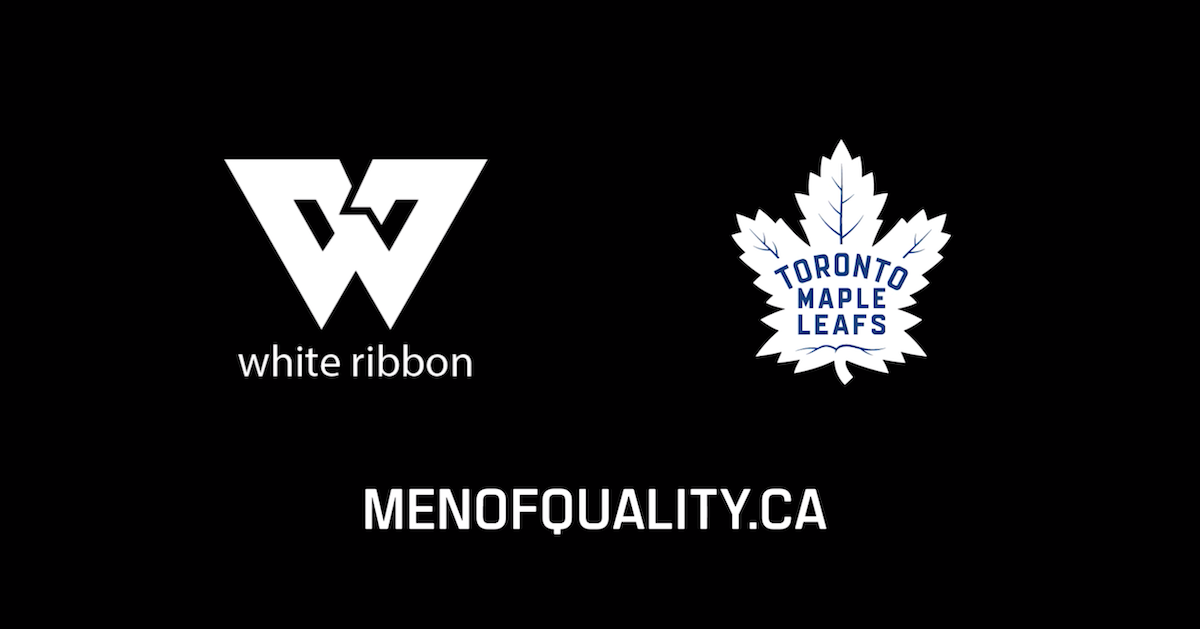 White Ribbon Canada has recently joined efforts with the Toronto Maple Leafs, a local hockey club, to develop the Men of Quality Campaign. The campaign consists of a public service announcement featuring several prominent athletes and the club’s President describing what it means to be a “man of quality.”

The campaign was launched in the lead-up to the 30th anniversary of the December 6, 1989 Montreal Massacre in Canada where 14 women were killed at a school of engineering. They were murdered by a young man who hated women and feminism. The global White Ribbon Campaign was created in Toronto in 1991, two years after that tragic incident. The White Ribbon symbolizes a man’s pledge to never commit, condone, or remain silent about violence against women.

The athletes profiled in the Men of Quality Campaign call on men and boys to commit to being men of quality by: standing up for gender equality; leading by example; and challenging racism, homophobia, transphobia, and sexism. They encourage men and boys to support gender equality at home and in the community, and to teach their children about healthy relationships and consent.

Visit menofquality.ca and whiteribbon.ca to learn more about the Men of Quality Campaign.