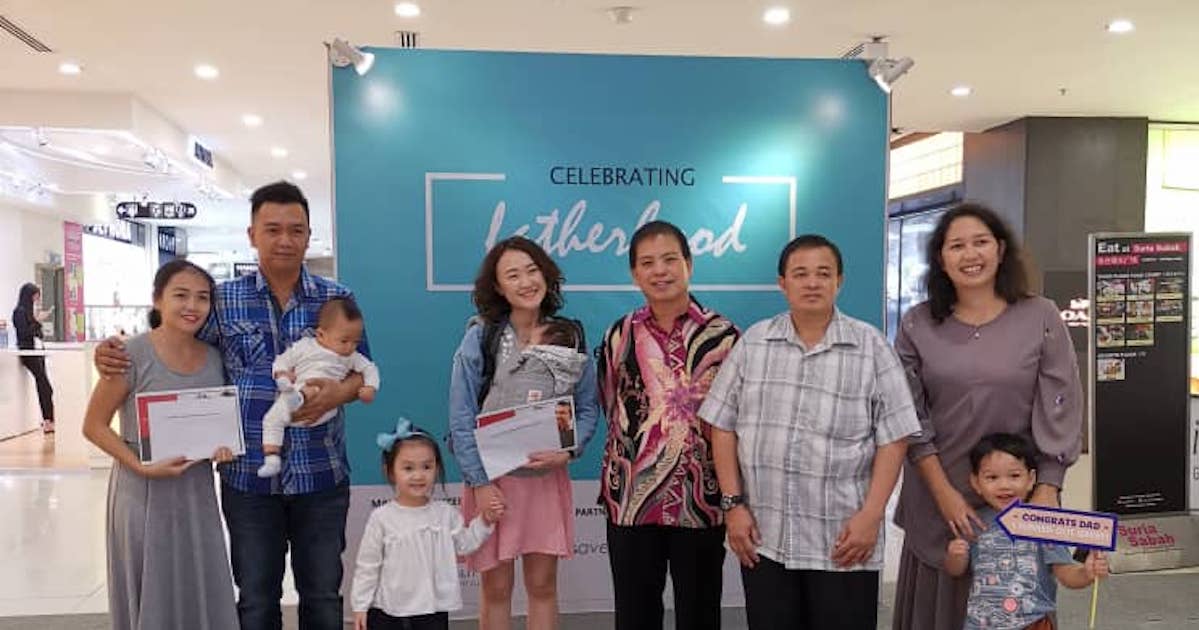 Group photo with the two top winners and their families.

“Fathers, like mothers, are not born. Men grow into fathers, and fathering is a very important stage in their development.” – David Gottesman

Society for Equality, Respect And Trust for All Sabah (SERATA) recognized fathers who are present in their children’s lives through their inaugural “Celebrating Fatherhood” campaign, which coincided with Father’s Day in June.

The campaign – comprising a recently launched photography competition, “Best Fatherhood Moments” and an exhibition in June – highlights stories about active and engaged fathers. “Celebrating Fatherhood” was inspired by founder, Sabrina Aripen’s personal project in 2018, where she collected stories and photos of ten involved fathers and posted them on the Instagram account @kitaserata.

While the personal project garnered some attention, Sabrina wants to use the now-registered nonprofit SERATA to increase public engagement on the topic of involved fatherhood by exhibiting these photographs at a popular mall. 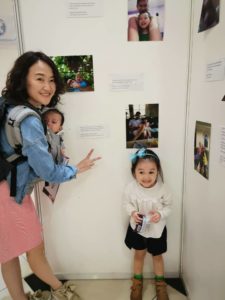 First prize winner’s wife and kids at the photo exhibition in front of dad’s photo.

Children greatly benefit from the financial support of fathers, but according to a UNICEF fact sheet, “Men’s Roles and Responsibilities in the Family,” 40 and 50 percent of divorced fathers in the United States and Malaysia, respectively, pay no child support at all.

“To me, having a father that cares for his children is an important piece to the puzzle of solving many problems that face our world today. Many single mothers would not be suffering in poverty if the former husband took half of the load and provided for children’s needs, instead of expecting mothers to shoulder all the burden.” – Sabrina Aripen, founder, SERATA

In addition, according to Sabrina, “one of the barriers for working mothers is the mental load, which is the continuous cycle of thinking, planning, and organizing domestic life. Having a supportive partner who is active, engaged, and who takes on some of the childcare and household tasks would go a long way in helping mothers have more time for themselves and their careers.”

“Not to mention, men who are involved would value the tremendous effort it takes to raise a child. This will make them more participative in family planning,” she added.

The photography exhibition was held on June 14-16, 2019 at the Suria Sabah Shopping Mall in Malaysia and officiated by Celestinus Lawanding, the Assistant Permanent Secretary from the Ministry of Health and People’s Wellbeing Sabah.

During the event, prizes were presented to the top three winners of the Best Fatherhood Moments Photography Competition. Prizes sponsored by various generous companies include one-night stays at local hotels, vouchers for a dental spa and a voucher for personal training.

As a new nonprofit, SERATA is fully dependent on sponsorships and donations.