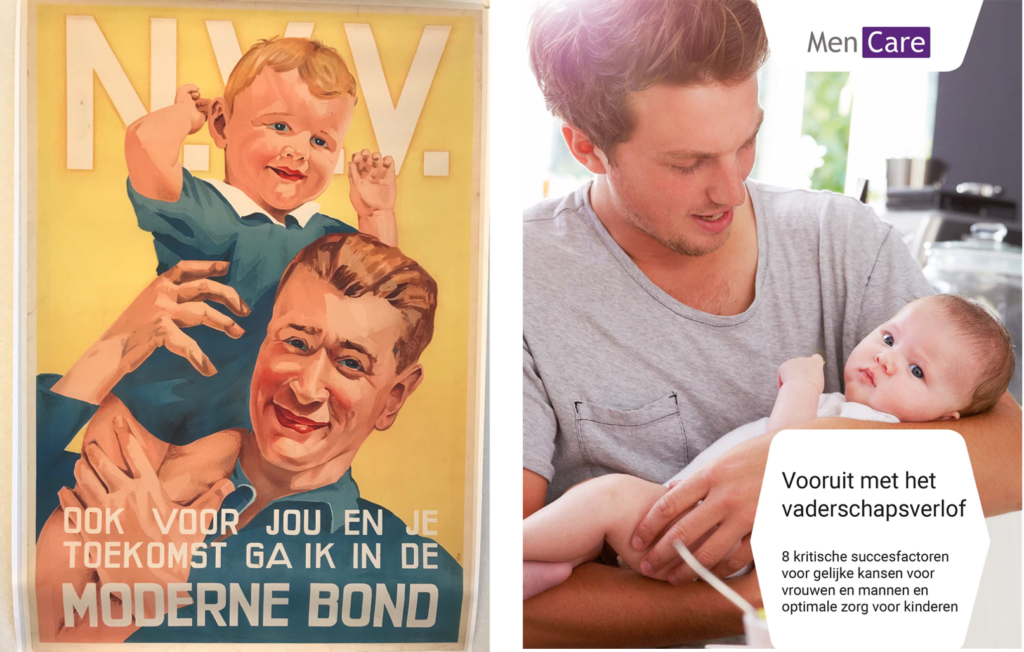 This blog was authored by Cody Ragonese from Promundo-US and reflects comments made by Ilze Smit from Rutgers (Netherlands) during the MenCare webinar “Innovations in Policy Advocacy to Advance Men’s Caregiving” on June 12, 2018. View the full recording here, with additional presentations by Suna Hanöz-Penney from AÇEV (Turkey) and Wessel van den Berg from Sonke Gender Justice (South Africa).

The Netherlands is on its way to a more equitable parental leave policy, allowing fathers to spend more time with their newborn and infant children. This policy change is largely thanks to a collaborative effort led by MenCare partner Rutgers in direct partnership with WOMEN Inc. alongside other women’s rights organizations.

The Netherlands is not as gender-equitable as one might think. The country is ranked 32nd on the World Economic Forum’s 2017 Global Gender Gap Index – below countries in many regions: from Mozambique and the Philippines to Bolivia. There remains a large gender gap in national employment rates, with a majority of women in the Netherlands working part-time. Furthermore, the Netherlands – like many countries in the world – does not provide equal leave for men and women. The country’s current leave policy allows new fathers to take only two paid days of paternity leave, in comparison to three months of maternity leave for new mothers.

In 2016, Rutgers began advocating on behalf of fathers for longer paid leave. This would allow fathers to spend more time with their children and increase their contribution to childcare and domestic work, while providing mothers with more flexibility in returning to and advancing in the paid workforce. Rutgers’ advocacy strategy, Ilze said, was based on “the urgency to push for the emancipation of women and men towards a concept of modern parenthood.”

Today, there is a renewed optimism as the government has drafted a new policy that will significantly increase the length of paternity leave by 2020. While not creating the terms for leave that would be equal in length for all parents, the law will still break new ground in the country. The Wet Invoering Extra Geboorteverlof law will allow fathers to take five paid days directly after birth and an additional five weeks of leave at 70 percent of their salary in the first six months. This is how Rutgers did it:

Rutgers saw the 2017 parliamentary elections as an opportunity to start elevating equitable parental leave by influencing its inclusion in candidates’ platforms through direct advocacy, media engagement, and messaging. However, the organization did not take the issue on alone. Rutgers was able to partner with “unusual allies” including trade unions, private-sector companies, professors, and influencers. After surveying the field, Rutgers noticed that there were many groups already advocating on the topic – but that they were not yet united. “We brought them all together under ‘Platform Fatherhood’ [Vader Zoekt Verlof] and we gave them more voice and influence,” Ilze said.

The platform members, led by Rutgers, engaged politicians from the very beginning of the election campaigns. Although they focused on more progressive parties, they engaged politicians across the political spectrum. By participating in interviews with media outlets and submitting op-eds, the platform ensured parental-leave reform was a popular talking point and a relevant issue during election debates and public forums. They worked with each of the political parties individually to make sure equitable leave aligned with their visions and political platforms. For example, with the Christian Democrats, the argument on child health and development was brought to the foreground, while with the Social Democrats, it was more about equal rights and opportunities. When asked her secret to engaging politicians, Ilze said, “Start from the personal because in the end, this topic is personal. Everyone has their own story, as a child or as a parent.”

Demonstrations have also been effective in convincing parliamentarians to support the cause. In April 2016, a group of fathers with strollers and baby dolls that let out crying sounds gathered in front of parliament. The fathers left the strollers in the square and called on all lawmakers to watch their children. They left a note that read, “Can you look after my baby? I need to go to work. —Daddy.” Ilze said that this was one of the key moments in the campaign, where parliamentarians, the media, and organizations came together to give support to the cause. 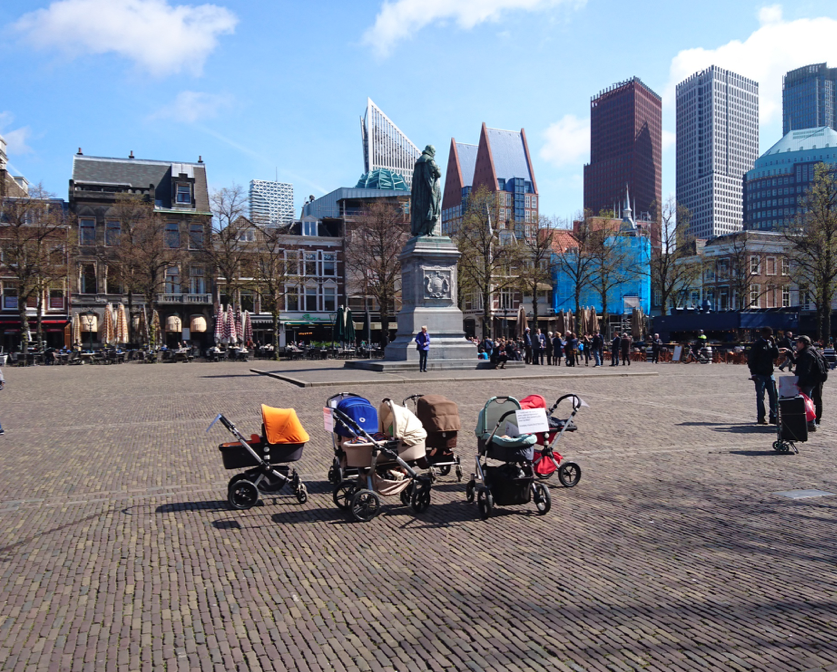 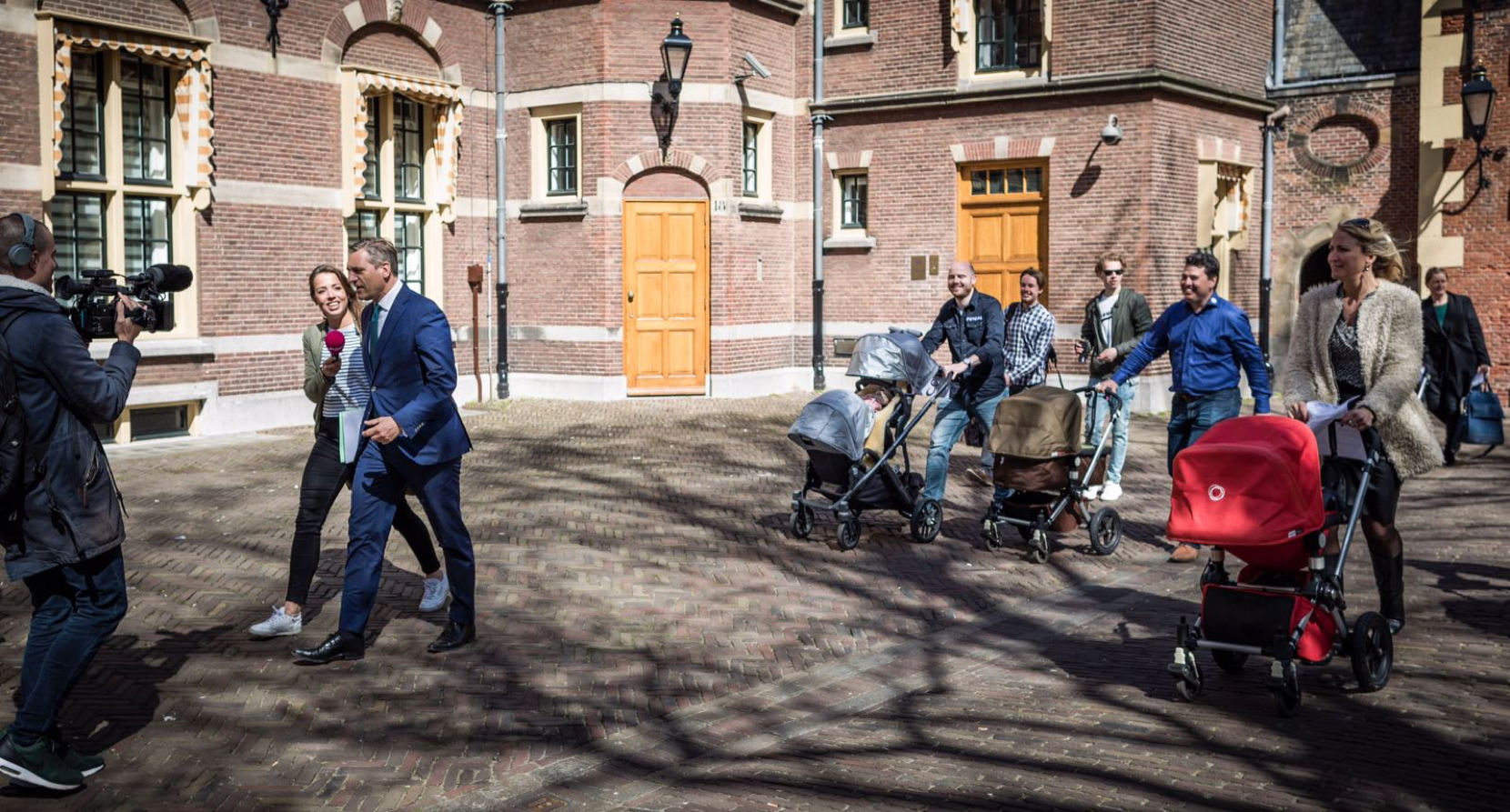 Although Rutgers and partners have made significant strides, the campaign is not yet over. The new policy, Wet Invoering Extra Geboorteverlof, has been drafted, but it still needs to be approved by parliament this year. Rutgers is making one last push to ensure that it is passed. The platform’s latest advocacy efforts include this video, which was created to demonstrate the level of public support for the reform that currently exists.