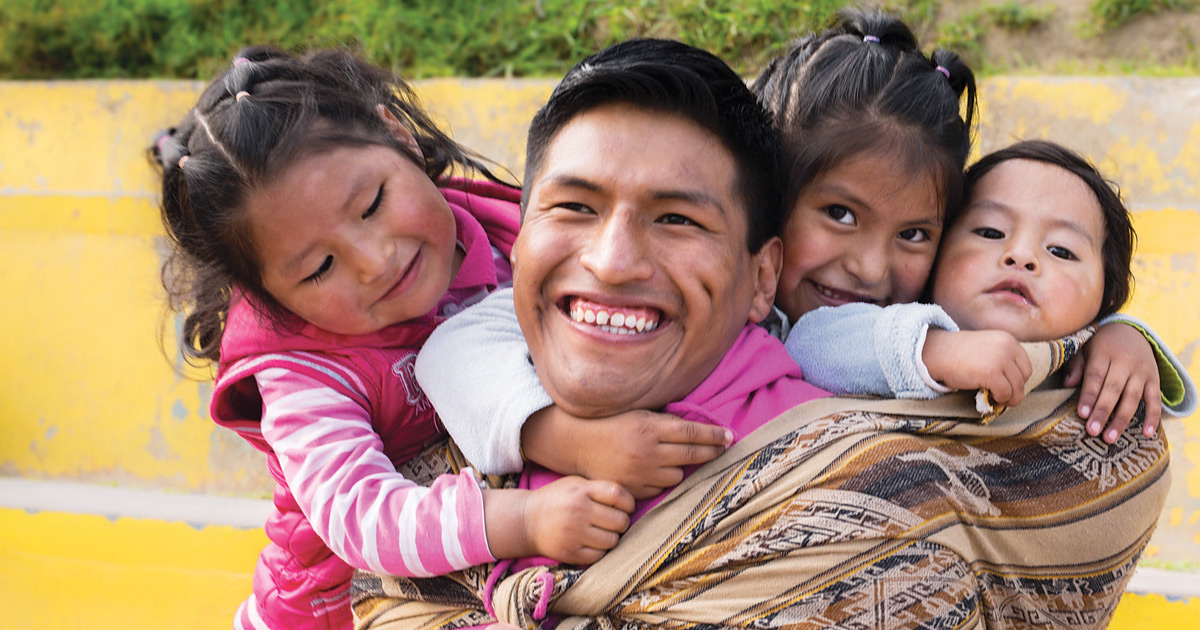 MenCare partners from across Latin America participated in the launch of “Los papás de hoy” (“The Dads of Today”) photo exhibition at the National Museum of Ethnography and Folklore (MUSEF) in La Paz, Bolivia in January 2018.

The exhibition captured the day-to-day moments of modern fatherhood in Bolivia: fathers taking care of their children, playing with them, and demonstrating an active role in their upbringing. Organized by the Embassy of Sweden and UNICEF, it aimed to promote gender equality by raising awareness of the importance of caring, involved fatherhood.

As part of a UNICEF photo contest carried out in 2017, parents and family members submitted more than 1,200 photos of fathers engaged in caregiving via Instagram, using the hashtag #PaternidadResponsable (“#ResponsibleFatherhood”). The top 25 photos were featured in the “Los papás de hoy” exhibition at MUSEF, alongside images from the Swedish Dads photo essay by photographer Johan Bävman.

“With the aid of this project, I hope to inspire more men to begin reflecting on their roles as fathers and partners, which is an important step towards a more gender-balanced society,” said Bävman, whose Swedish Dads photos have been showcased in museums across Germany, China, Chile, Argentina, and the United States.

Museumgoers were met with an array of images depicting the diversity of ways fathers interact with and care for their children. The winning photo presented a smiling Bolivian father carrying his son on his back, beside his two daughters.