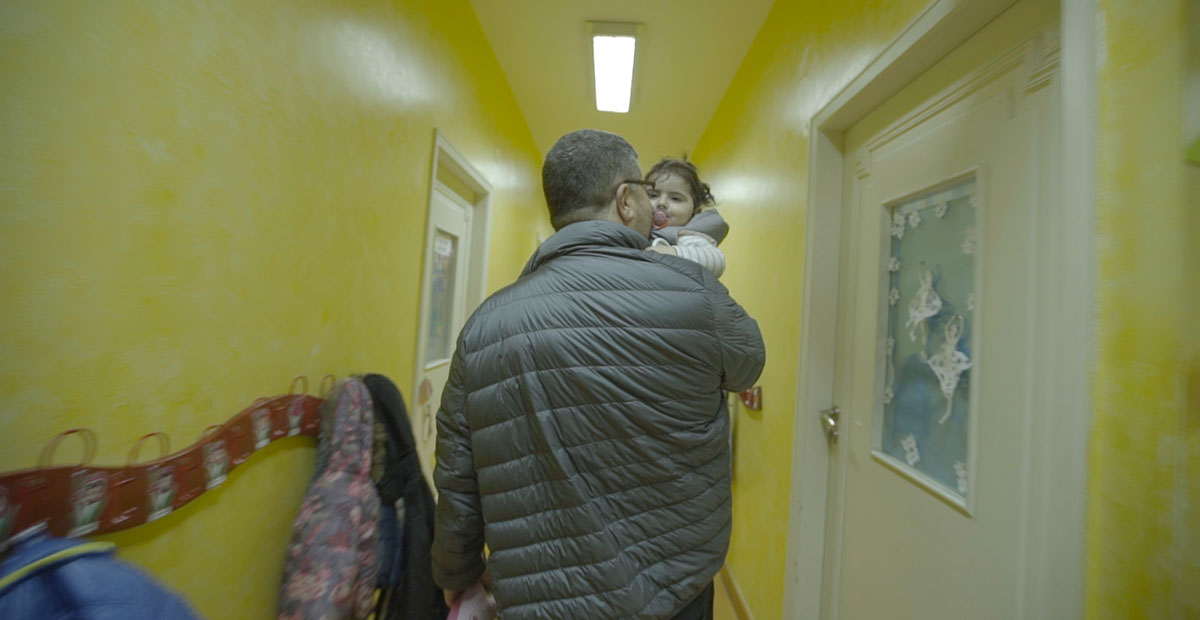 Adnan, pictured with his daughter, champions gender equality in Lebanon by being an involved, caring father. Credit: Understanding Masculinities: An IMAGES MENA Film/Equimundo and UN Women.

In 2017, MenCare global co-coordinator Equimundo and Lebanese NGO ABAAD launched a project to adapt and implement Program P – a gender-transformative fatherhood methodology – with Lebanese and Syrian fathers and couples in Beirut, with a special focus on early childhood development (ECD). The project is co-funded by UN Women and by the Dutch Ministry of Foreign Affairs through Prevention+.

The project comes after ABAAD, in partnership with Save the Children, produced an Arabic-language version of Program P in 2015 focusing on maternal, newborn, and child health.

Program P is named after padre and pai, the words for father in Spanish and Portuguese. Originating in Latin America and adapted in more than 10 countries around the world, it is a direct and targeted response to the need for concrete strategies to engage men in active fatherhood, from prenatal care through delivery, childbirth, and their children’s early years.

Results from the International Men and Gender Equality Survey – Middle East and North Africa – a study carried out in Lebanon, Egypt, Morocco, and Palestine and launched in 2017 – highlight the need to promote men’s active fatherhood and caregiving more intentionally in programming, community-based campaigns, and policy-advocacy efforts, as an entry point to engaging men in gender equality.

To address this need, Equimundo, ABAAD, and partners will adapt and implement Program P in Beirut, engaging fathers and couples in active parenting with the goal of increasing men’s involvement in early childhood development, reducing intimate partner violence (IPV), and decreasing violence against children.

Program P uses a gender-transformative approach, meaning that it seeks to challenge and transform the harmful notions of masculinity associated with fatherhood. These rigid norms underpin many aspects of gender inequality, including absent fatherhood, IPV, corporal punishment, and women’s unequal burden of unpaid care work.

In addition to reducing IPV and violence against children, the Program P curriculum adapted for Beirut has a strengthened focus on ECD, aiming to increase men’s involvement in ECD for children aged 0 to 3.

Equimundo, ABAAD, and partners will validate the Program P curriculum and pilot-test the sessions with Lebanese couples in Beirut, as well as with Syrian refugee communities. In 2018, the full implementation of Program P will be carried out in areas where ABAAD manages the Women and Girls Safe Spaces (WGSS) Program, in partnership with the Lebanese Ministry of Social Affairs. The initiative aims to reach up to 300 fathers and mothers, and its results will be used to inform the program’s potential scale-up and institutionalization throughout Lebanon.

The implementation of Program P in Beirut is co-funded by UN Women and by the Dutch Ministry of Foreign Affairs through Prevention+, a five-year, multi-country program that works to transform the social norms that enable gender-based violence and to encourage care, respect, and equality.