In July, the Prio Baba (“Dear Father”) campaign in Bangladesh, led by MenCare partner Center for Men and Masculinities Studies (CMMS), recognized eight fathers championing the empowerment of women and girls at an award ceremony in Dhaka. These men have served as role models due to their rejection of harmful traditional practices related to fatherhood and efforts to sensitize people about the rights of women and children.

The Prio Baba campaign published the accounts of the eight fathers in a photo book in Bengali titled Prio Babader Golpo (“Stories of Dear Fathers,” in English). Their stories in English appear below.

“There is no conflict/contradiction between religion and women’s education. Women can even go to China for higher education if and when needed.” – Hafez Md. Golam Rabbani, Rangpur 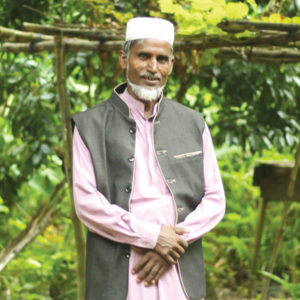 Hafez Md. Golam Rabbani lives in a society where religion is used to restrict women’s rights, including rights to education and access to the public sphere. In spite of being a Hafez of the Quran (a religious scholar), Golam Rabbani encouraged and supported his wife and daughters to get an education. He didn’t adhere to a hegemonic idea of masculinity or an interpretation of the Quran that limits women’s rights; rather, he used religion to argue in favor of women’s rights to education and employment.

“Girls can also look after their parents in their old age.” – Habibur Rahman, Rangpur 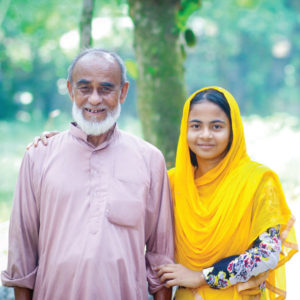 In a patriarchichal system, men and boys are the holders of power, which leads to many forms of discrimination against women and girls. However, Habibur Rahman, the father of eight daughters, doesn’t believe in raising boys and girls differently based on their gender. Despite being criticized by neighbors, he supported his daughters’ education and didn’t marry off his daughters at an early age. He is now a proud father of eight educated daughters who earn a living and look after their parents. Habibur Rahman’s story challenges the dominant discourse about women as a burden to a family. He invested in his daughters and proved that fathers can transform their own beliefs and empower their daughters, benefiting parents, children, and society at large. 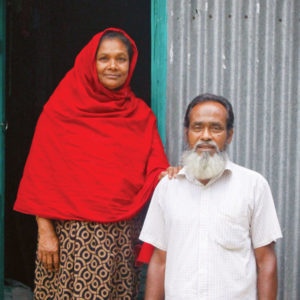 Some fathers only support and protect the rights of women within their own nuclear families. Nurul Islam, however, broke the mold and stood up for women’s empowerment by supporting the education of his daughter-in-law, as well as that of his wife and daughter. Despite facing negative pushback from the gatekeepers of his community, he supported his Muslim son’s marriage to a Hindu woman named Humayra, because his son and Humayra were in love. Later, he supported Humayra’s education and her employment as headmistress of a school, which she always wished to be. Nurul Islam also provided a motorbike to reduce Humayra’s long, stressful commute. In their particular context, a woman riding a motorbike is rare, and it challenges gender norms in the community. Nurul Islam took this initiative because he believes that fathers have to prove themselves as equitable and supportive parents – not only to their daughters, but also to their daughter-in-laws. 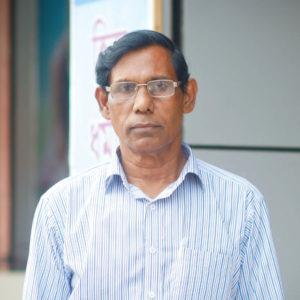 In the context of Bangladesh, fathers are expected to keep a certain distance from their kids. Hegemonic masculinities surrounding fatherhood encourage men to be serious and withdrawn so that their kids learn to fear and respect them. Instead of being frightening, however, Dilip Chandra Das chose to be a loving father and mentor to his daughters. He discussed sexual and reproductive health issues, as well as changes during adolescence, with his children, which is unimaginable in his community. His exposure to development programs over the years helped him to come out of the box regarding these issues. He also believes that the burden of contraceptive use should fall not only on women but also on men for more of a collaborative family planning effort – a belief that he puts into practice in his own life.

“Fathers need to educate their children without discriminating on the basis of their sex or gender identities.” – Md. Selim Uddin, Cox’s Bazaar 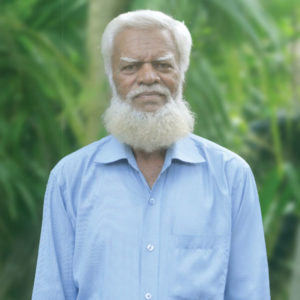 Hegemonic masculine practices prescribe sons’ education as a father’s duty, whereas daughters face discrimination in this regard. Despite living in a very conservative society where women strictly follow religious rules and regulations, Md. Selim Uddin provided an education for his three daughters as well as for his sons. His daughters only married after completing their education and finding formal jobs. Md. Selim Uddin’s various life experiences led him to realize the importance of women’s education and economic empowerment.

“Fathers must participate in household chores and take care of their kids.” – Md. Nasir, Cox’s Bazaar 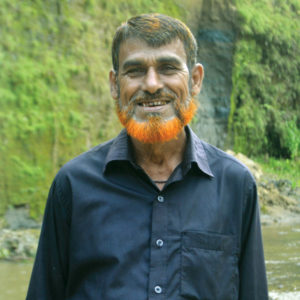 In this context, there are very few examples where men participate in household chores equally with women, as traditional masculinity considers household work the sole responsibility of women. Md. Nasir challenged the stereotypical roles of men by helping his wife in household tasks, taking her to the health center during her pregnancies, and placing equal importance on his daughters’ education. Nasir realized that raising eight children and doing all the household work is a difficult and inequitable responsibility for one woman alone. Therefore, he worked with his wife as much as possible to share the unpaid care work, and he gave equal opportunities to his daughters in every sphere. He is not only considered a dear father to his children, but also a role model in his society. 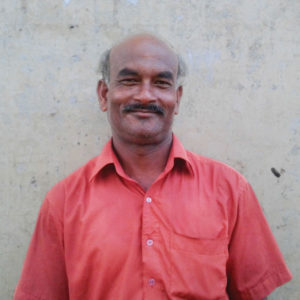 Challenging patriarchal beliefs, norms, and practices, Md. Delwar Hossain established relationships of love, respect, and care within his family. He supported his daughter’s education even after her marriage, despite living in a society where spending money on girls’ education is considered wasteful. Md. Delowar’s hope is for all of his daughters is for them to be well educated and economically empowered so that they don’t need to depend on others. In spite of facing financial hardships, he didn’t stop supporting his daughter’s education, even after she married. Md. Delowar is strongly against the dowry system as well, and he didn’t provide any dowry during his daughters’ marriages.

“Fathers have to respect their wives, daughters, daughter-in-laws, and other women.” – Md. Baser Molla, Pabna 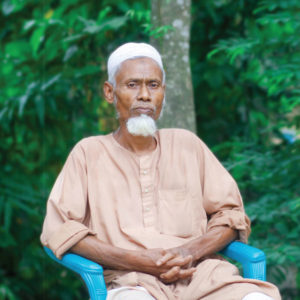 Md. Baser Molla lost his father at the age of six months and faced discrimination in his stepfather’s family. While his stepbrothers were studying, he had to work in the field. He realized the necessity of education through these struggles in his life. He decided to educate his three sons and one daughter and not to encourage his daughter to marry at an early age. After his daughter completed higher education, he supported her marriage to the man she chose. As he and his wife faced difficulties trying to help their children with their schoolwork, Md. Baser Molla began to understand the importance of not only his children, but also his daughters-in-law, becoming educated. Therefore, he also supported his daughters-in-law’s educations. He believes that fathers must respect every woman in their lives, and that respecting women not only empowers women but also men.

The original book is available online in Bengali here.