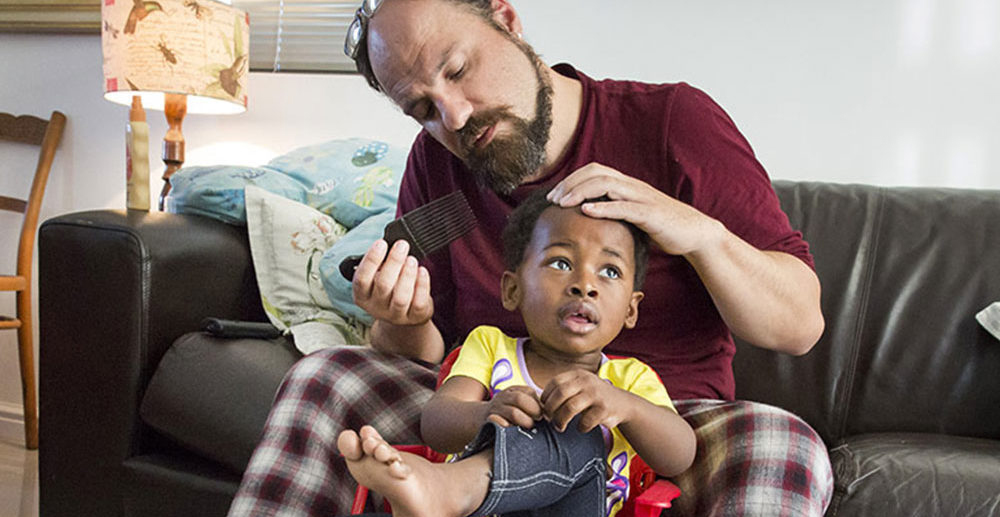 By Wessel van den Berg
Originally posted in the Sunday Times on June 18, 2017

If we can find an answer to the question of greater involvement by fathers in the care of their children, millions of women and children will benefit from better care and dads themselves will have an improved quality of life.

The issue of the unequal distribution of care work is becoming more pressing every year. It’s a serious issue since the burden of care that women carry is preventing their access to more time for employment, as well as for leisure and self-care activities.

The latest time-use surveys show that for each hour that a man in South Africa spends on household and childcare work, a woman spends eight hours. That translates to a whole day’s paid work for which a woman as unpaid caregiver is not able to earn an income. And, due to our country’s history, the problem is systemic.

The mining industry in South Africa depends on black men, and through the migrant labour system it set up a society where many fathers live removed from their families. The unpaid childcare work that women in rural areas do at home enables these men to work away from home for extended periods. Equally worrying, many men return home with potentially terminal conditions such as silicosis and tuberculosis, again depending on women and children to care for them. In this way women’s unpaid care is effectively subsidising the private sector in South Africa, and especially the mining sector.

Within this context, individual choice has as much impact as a Disprin in a swimming pool. Even if a man wanted to be involved, the traditional “father as financial provider and woman as caregiver” setup has significantly reduced the opportunities for such involvement.

If we are to reach meaningful change at a systemic level, two catalytic steps need to be taken. First, we need to measure the problem more accurately. According to household survey data, about 64% of children live with their biological mother, but not their biological father. The other 36% live with both biological parents. The ones who do not live with their biological father are made up of 48% whose father lives elsewhere, and 16% whose father has died. However, to assume that 64% of children therefore grow up with absent fathers is a major error. A non-resident father does not equal a non-involved father. Many fathers remain actively involved in caring for children, although they may be separated from the mothers.

Caring for the children for some part of the week, accompanying the child to school, or taking financial responsibility for the child are a few of the ways fathers often contribute. On the other hand, the fact that a father co-resides with a child does not mean that the father is “present” and involved, as the one hour versus eight hours shows. In fact, in some cases fathers who do not co-reside are more actively involved than those living with their children.

Finally, children and mothers often identify a man who is not the biological father as the child’s father. In other words, sperm does not make you a father: caregiving does. So we are left with a mixed picture that demands research that is able to pick up the nuances of men’s involvement in childcare.

Internationally, the State of the World’s Fathers report is starting this nuanced engagement with men’s care-giving. Several countries, including our Brics partners Brazil and Russia, have begun to produce country-specific reports.

Following on the ground-breaking work of the Human Sciences Research Council’s Fatherhood project a decade ago, it’s about time that we initiated a “State of South Africa’s Fathers.”

The second catalytic step we need is to establish better parental leave. The major sources of care for children from the highest to lowest quantity of care-giving are: mothers, wider kinship care networks (in South Africa mostly grandmothers), the government, and fathers.

We have seen increased advocacy for better early-childhood development services in South Africa. The same has been true in terms of advocacy on better parental leave, which would allow all parents, including fathers, more time to spend with children in the vital first few days of the child’s life.

A progressive bill is due to be voted on this year by the National Assembly, and it signifies a landmark achievement for gender equality.

The Labour Laws Amendment Bill is a milestone for a number of reasons: it establishes several important principles in the South African labour law framework, like non-gendered language for parental leave and dedicated leave for adoptive parents and commissioning parents in a surrogacy agreement, and allows for same-sex couples to qualify for all of these types of leave.

The bill is the result of consistent advocacy work by many groups and individuals from civil society, like father-of-two Hendri Terblanche who petitioned parliament in 2014 to establish paternity leave.

The bill’s language has now been approved at committee level and as it stands it introduces paid parental leave of 10 days for parents who do not qualify for regular maternity leave.

Fathers make up the largest group of parents that fall in this category, so in effect paternity leave will be available. The progressive bill also introduces adoption leave of 10 weeks for surrogacy-commissioning and adoptive parents.

While inadequate, this is a step in the right direction. It means that two fathers who are married to each other and adopt a child will qualify for 10 weeks and 10 days of paid leave respectively.

The State of the World’s Fathers report this year is titled “Time for Action.” This remains the missing piece in South Africa.

Labour Minister Mildred Oliphant recently claimed that our labour laws are perfect. Her spokesman used paternity leave as an example of this. I suggest that if the minister were serious, we would see action. More specifically we would see the parliamentary portfolio committee on labour fast-track approval of the bill, and take a radical step to improve the state of South Africa’s fatherhood.