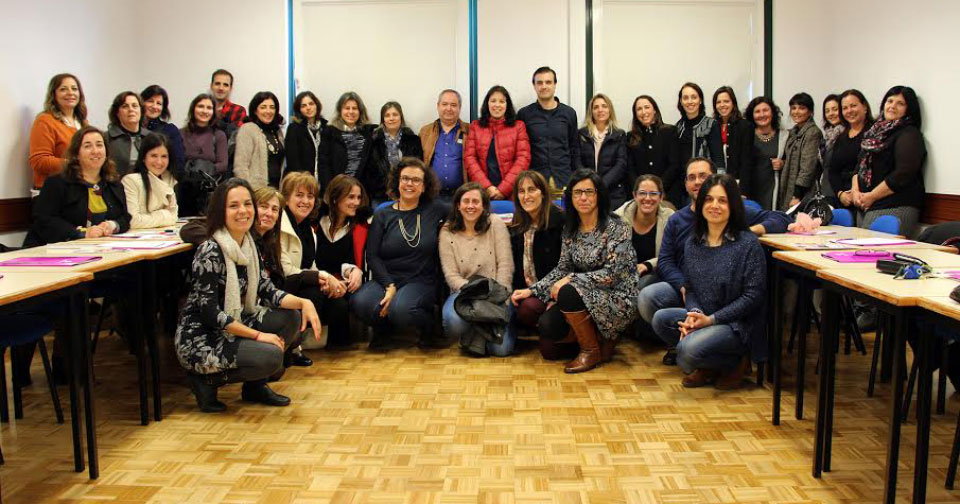 In January 2017, health professionals in the Dr. Daniel de Matos and Bissaya Barreto maternity hospitals and in the Pediatric Hospital of Coimbra attended a training course on fatherhood and care in the health system. The initiative, hosted at the Nursing School of Coimbra (ESEnfC), is part of MenCare’s Program P, which was adapted for use in Portugal by MenCare partner Promundo in conjunction with ESEnfC.

Program P, named after pai, the word for father in Portuguese, provides strategies for engaging men in maternal, newborn, and child health; active caregiving; and violence prevention. In recognition of those health professionals who attended the Program P training, their institutions received a certification in the promotion of involved, equitable fatherhood.

The training targeted health professionals who work with expectant and new parents during the prenatal, delivery, postpartum periods, as well as those who work with children under four years old. It focused on concrete strategies to involve men in caregiving beginning during pregnancy and continuing through their children’s early years.

The training also included sessions for parents to come together to reflect on issues related to pregnancy and childbirth, newborn care, and nonviolent coexistence. Finally, it facilitated the development of community partnerships, campaigns, and action plans.

In April 2016, professionals from the Baixo Mondego Health Centers Group in Coimbra, Portugal also participated in this training course.

This blog was adapted from Portuguese. Read the original article in Notícias de Coimbra.