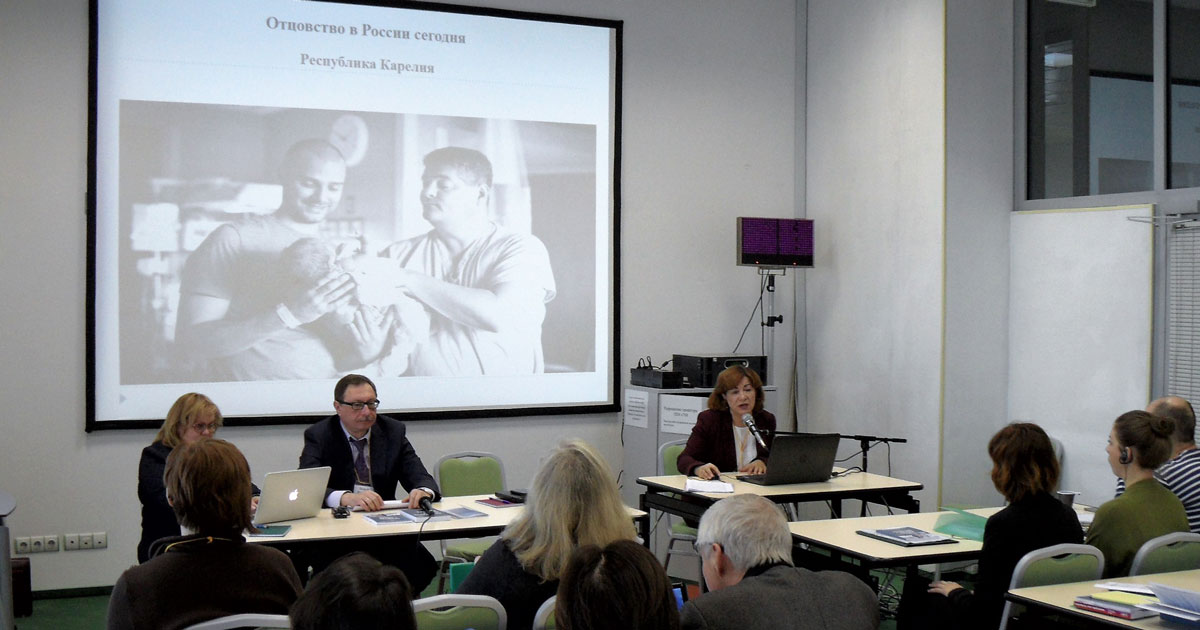 Two new publications highlighting equitable and nonviolent fatherhood were presented at the “Fatherhood in Russia Today” conference in Moscow on December 7-8, 2016. Russian and international researchers attended the conference alongside representatives of state and public organizations from Russia, Belarus, Sweden, Ukraine, and the United States.

The first report, State of the World’s Fathers, was launched in Russian at the event; the MenCare publication was translated into Russian with support from the ANNA Center for Violence Prevention, a Moscow-based organization.

Gary Barker, President and CEO of MenCare’s global co-coordinator, Promundo, presented the State of the World’s Fathers report and its global findings, including the evolution of men’s contributions to parenting and caregiving over the past several decades.

The second report featured at the international conference, “Fatherhood in Russia Today,” was developed by a team of researchers from the Institute of Socio-Economic Studies of Population at the Russian Academy of Sciences, under the guidance of Natalya M. Rimashevskaya, PhD.

The “Fatherhood in Russia Today” report details Russia’s progress in support of involved fatherhood, including advances in paternity leave and the right of Russian fathers to be present in the delivery room without a paying a fee.