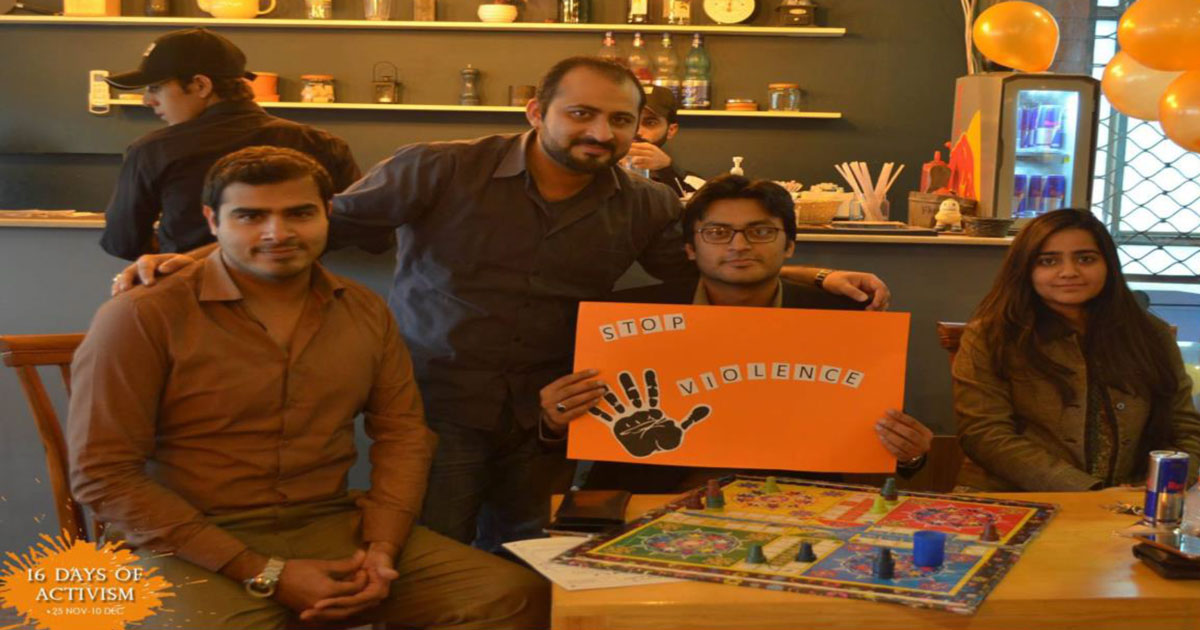 MenCare partner AMAL Human Development Network used the 16 Days of Activism in November and December 2016 as a strategic opportunity to renew its efforts to engage men and fathers to end gender-based violence in Pakistan. During the 16 Days campaign, with the help of various partners and volunteers, AMAL’s messages about nonviolence and women’s equality reached millions of individuals throughout the country.

On November 26, Radio Pakistan broadcast a program on actions men can take to prevent violence against women, reaching millions of Pakistani listeners. Mr. Ijaz Wattoo (AMAL) and Ms. Sanober Rizvi (NUST) were guests on the program.

On December 9, AMAL’s CEO served a panelist during a press conference hosted by the MenEngage Alliance Pakistan, discussing strategies to engage men and boys in preventing gender-based violence.