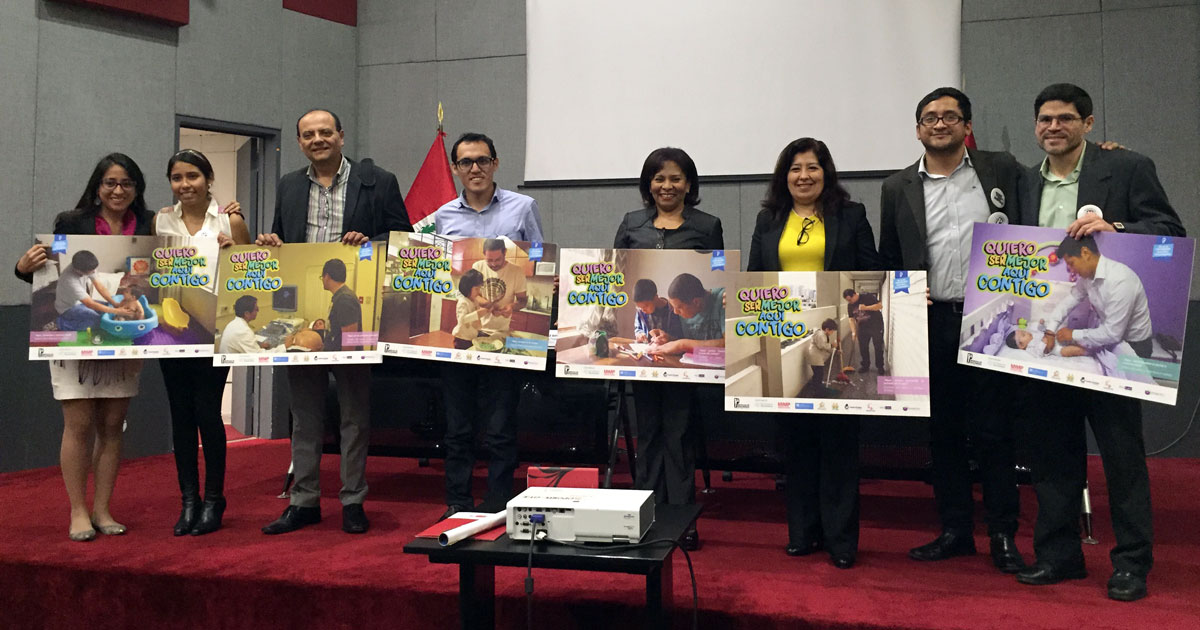 MenCare partners, as part of the Peruvian “Plataforma de Paternidades,” launched a new, national fatherhood campaign in Lima at an event hosted by the Peruvian Ministry of Women on June 13, 2016. The Ministry of Women and Vulnerable Populations is a member of the newly formed Plataforma de Paternidades, a network of organizations led by MenCare partner Red Peruana de Masculinidades that are working to promote involved fatherhood in the country.

The event formally launched a full month of “caring and co-responsible fatherhood” in Peru, and marked just one of several initiatives that the Plataforma de Paternidades is implementing in June. Other activities include a media campaign, a breakfast-dialogue with members of the Peruvian congress, a photography contest, and an event for fathers to show their support for parental leave reform.

Around 80 representatives from government ministries, municipal districts in Lima, private sector companies, universities, NGOs, and civil society attended the launch event, which was one of the first public unveilings of the work that the Plataforma de Paternidades has been preparing since its inception last year.

The event featured speakers from government, NGO, and university sectors, including:

In her opening presentation, Dr. Adriana Aguilar Muñoz reaffirmed the Peruvian Ministry of Women and Vulnerable Population’s commitment to promoting involved fatherhood. She asserted that “affectionate and responsible fatherhood is an important ingredient in the development of children.” Although many men in Peru are already taking on shared responsibility for housework and childcare, she said, more men must follow suit. The Ministry, in conjunction with the Plataforma de Paternidades, supports the expansion of paternity leave nationally from 4 to 15 days of paid leave.

In his remarks, Jaikel Rodríguez Bayona declared, “Men and fathers need to critically reflect on our lives and relationships.” He described the process leading to the formation of the Plataforma de Paternidades in Peru, its structure and its purpose, and encouraged others to join the collaborative movement toward fathers’ greater involvement in caregiving and gender equality.

Miguel Ángel Ramos presented the key findings of a literature review commissioned by the Plataforma de Paternidades on fatherhood in Peru. The research revealed a decrease in fathers’ affectionate expression toward their children as they grow up. Boys, for example, often receive physical affection from their fathers only during early childhood; later, rigid norms around masculinity and homophobia become a barrier. Girls receive physical affection from fathers until adolescence, when there begins to be fear of sexualizing the relationship. Miguel Ángel Ramos analyzed these, as well as other issues surrounding Peruvian fatherhood such as the impact of power relations and gender dynamics, the use of corporal punishment, men’s time spent caring for children, fathers’ difficulties expressing emotions, and the social and institutional barriers to involved fatherhood. He concluded by recommending a formal evaluation of the existing paternity leave policy as a basis for advancing its reform.

Representing the MenCare campaign, I had the opportunity to speak about the work and goals of the global campaign, as well as the State of the World’s Fathers report, and the MenCare Parental Leave Platform’s 10 recommendations. These 10 recommendations are being used to help frame the advocacy proposal to reform Peru’s current paternity leave legislation.

Concluding the event, Eduardo Cárcamo presented campaign materials from the Plataforma de Paternidades and explained its strategy and upcoming activities. As he presented the campaign posters (pictured below) for the first time, he told a story about each of the men pictured, describing that they are not models, but rather real fathers who are committed to equitable, involved fatherhood. “Those of us who see ourselves as committed partners and fathers need to share this publicly, not with the intention of putting ourselves in a place of privilege, but to tell others that this is what society demands from us,” Eduardo said. 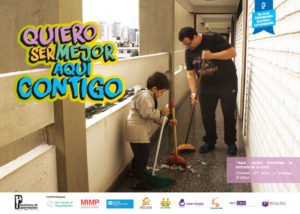 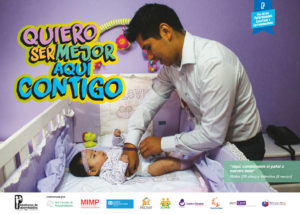 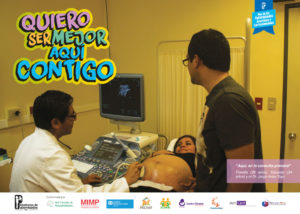 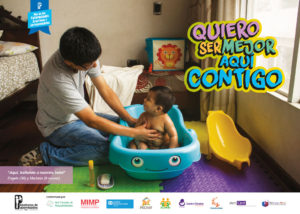 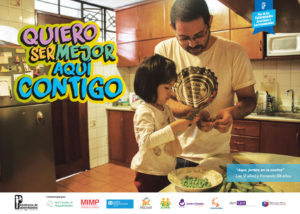 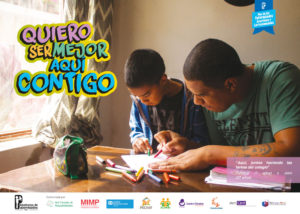 News about the event was covered in Peru’s national media, and three private-sector companies that were represented at the event agreed to have a follow-up meeting with hopes of taking the campaign to the companies’ male employees.

See all of the posters from the Plataforma de Paternidades here, and learn more about the campaign here.