By Sofia José Santos
This article was originally published by Promundo. 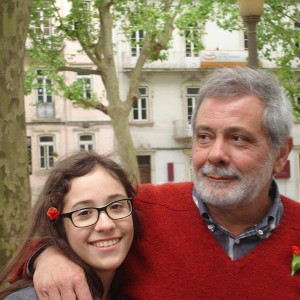 In terms of overall progress toward gender equality, Portugal is on par with many other European Union (EU) countries, and it has one of the EU’s most progressive paternity leave policies in terms of both length and compensation.

Since 2009, Portuguese fathers have been entitled to 20 working days of paid paternity leave – and it’s mandatory for them to take at least 10. For the full 20 days, paternity leave is compensated at 100% of an individual’s most recent salary. Subsequently, a couple can enjoy an additional, “bonus” month of paid leave (compensated at 83% of each parent’s most recent salary) if it is shared and used simultaneously by both parents. Parents with children aged 12 and younger are additionally entitled to work flexible hours, which further supports fathers in their role as active caregivers.

Portugal is, at the same time, one of the countries most affected by the ongoing European economic and financial crisis, particularly after the government began implementing spending cuts and tax increases to comply with the troika financial rescue package agreed to in May 2011. Since then, the legislation that grants paternity leave in Portugal has been increasingly threatened; many labor rights – such as paternity leave – have already been informally weakened due to workers’ fears of being fired or demoted and to the increasing financial stress felt by many Portuguese families.

But what are the numbers not showing us?

The numbers suggest, therefore, a positive trend overall in men’s use of paternity leave in Portugal. There are, however, several important aspects that these figures fail to show. What these numbers don’t show us is the pressure fathers face from co-workers and employers not to take paternity leave, nor do they show us the financial stress that directly influences the expectations and realities of being a father in present-day Portugal. These numbers don’t explore the fact that the idea of more engaged fatherhood still coexists with traditional roles assigned to men, despite the decline of patriarchal notions of family and gender in Portuguese society. These numbers don’t include Portugal’s unemployed or precarious workers, which represent a large portion of the population.

These numbers also don’t show us that the health sector in Portugal, despite progressive efforts toward gender equality in parenthood, still dismisses fathers’ involvement in caregiving as less important than mothers’. Many fathers-to-be still testify, for example, that their involvement as equal parents isn’t taken into consideration when they attend pre-natal appointments with their partners.

Engaging fathers through research and action

Recognizing the importance of going beyond the numbers, Promundo-Europe has joined the global MenCare campaign by launching the Portuguese fatherhood campaign Eu sou pai with other local partners, and it is currently undertaking research in order to understand the evolution and state of men’s caregiving in Portugal. The campaign seeks to explore the ways in which parental leave and the role of fathers as caregivers can be affected by the context of financial and economic stress caused by the recent austerity measures in the country. The MenCare campaign in Portugal targets three specific sectors and audiences:

This stimulating work has already started and there are plenty of challenges ahead! Visit www.men-care.org and www.eusoupai.pt to learn more.