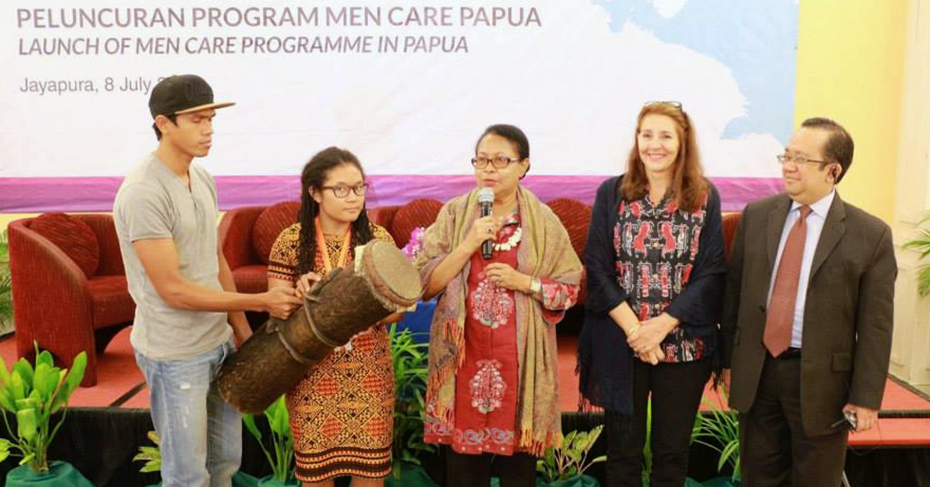 “Evidence demonstrated that male engagement plays a core role in addressing gender inequality. By involving men in policy and program discussions, we can confront the underlying gender norms and values that lead to discriminatory behaviors,” Ferrais said.

“By engaging men we learn that when it comes to encouraging family planning, the reproductive health of women, decreasing the rates of violence against women and changing old conceptions about masculinity – men matter,” he continued.

The new initiative, MenCare Papua, is designed to engage men and boys in Papua as equal caregivers and to involve them in promoting sexual and reproductive health and rights; improving maternal, newborn, and child health; and preventing gender-based violence. Developed by Rutgers WPF Indonesia with funding support from UNFPA Indonesia, the initiative will collaborate with local governments and civil society groups in Papua to engage men and boys as advocates for nonviolence, partners in health, and allies in gender equality.

Learn more about the launch in the Jakarta Globe.