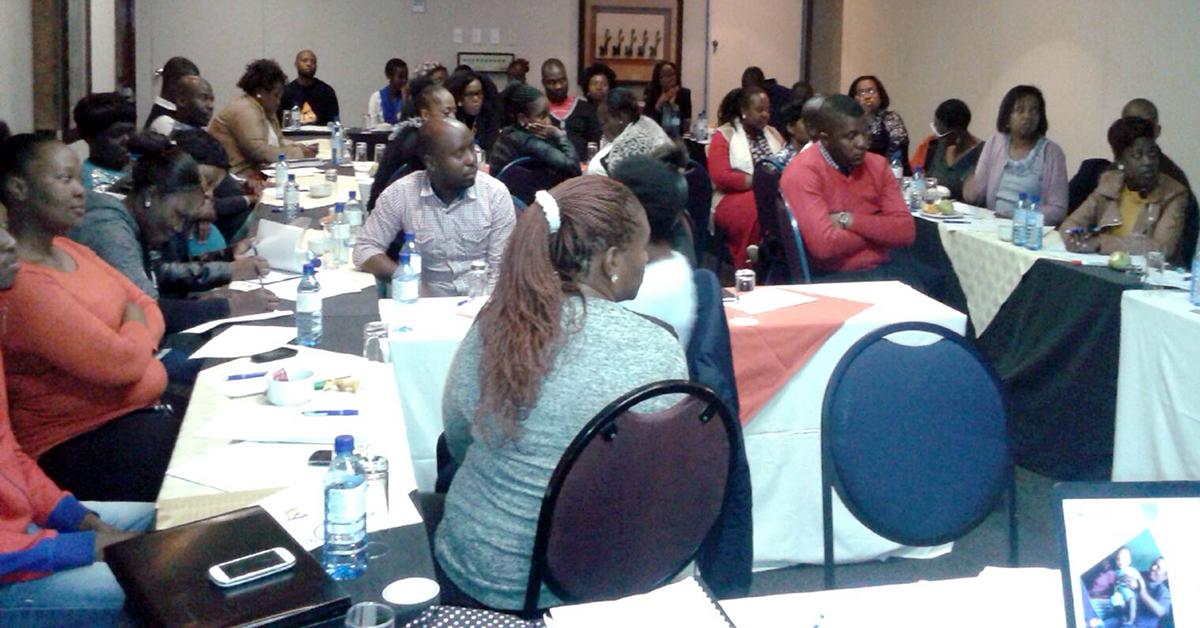 In the past, most social work interventions and social welfare legislation in South Africa have been geared exclusively toward women and children – and their protection. With this approach, they may be missing part of the solution. These policies and interventions do not often consider the positive impact that men’s equitable, nonviolent involvement in families can have. The social work profession has often focused on men and fathers as perpetrators of violence and responded through incarceration, rather than by working to engage them in violence prevention, caregiving, and positive parenting.

Since 2014, the Department of Social Development in South Africa has partnered with MenCare+ South Africa to strengthen the government’s capacity to engage fathers in their families in positive ways. As part of the partnership, MenCare+ has assisted in training 185 social workers across five provinces in South Africa.

During the MenCare+ workshops with social workers, it became evident that most of the participants were struggling with negative experiences related to fatherhood, including exposure to violence and other social problems. For some, negative experiences with their own fathers had influenced their perceptions about fatherhood and about how fathers should be included in social work. However, the MenCare+ workshops led to positive changes in perceptions and knowledge, as participants themselves testified:

“I have learned that it is important to encourage fathers to be hands-on in their children’s lives. I have also learned that parents need to look at other alternatives to discipline, rather than corporal punishment.”

“A father needs to also be hands-on in the running of the house and child-rearing. … To emphasize the balance of shared responsibility within the family and educate parents about the interest of the child [is] paramount.”

During the three-day workshops, social workers learned how to deal with their own, often-negative experiences related to fatherhood. They gained both theoretical and practical skills that developed their understanding of the importance of positive father involvement, the implications of absent fatherhood, gender roles and norms, and group facilitation using the MenCare+ curriculum.