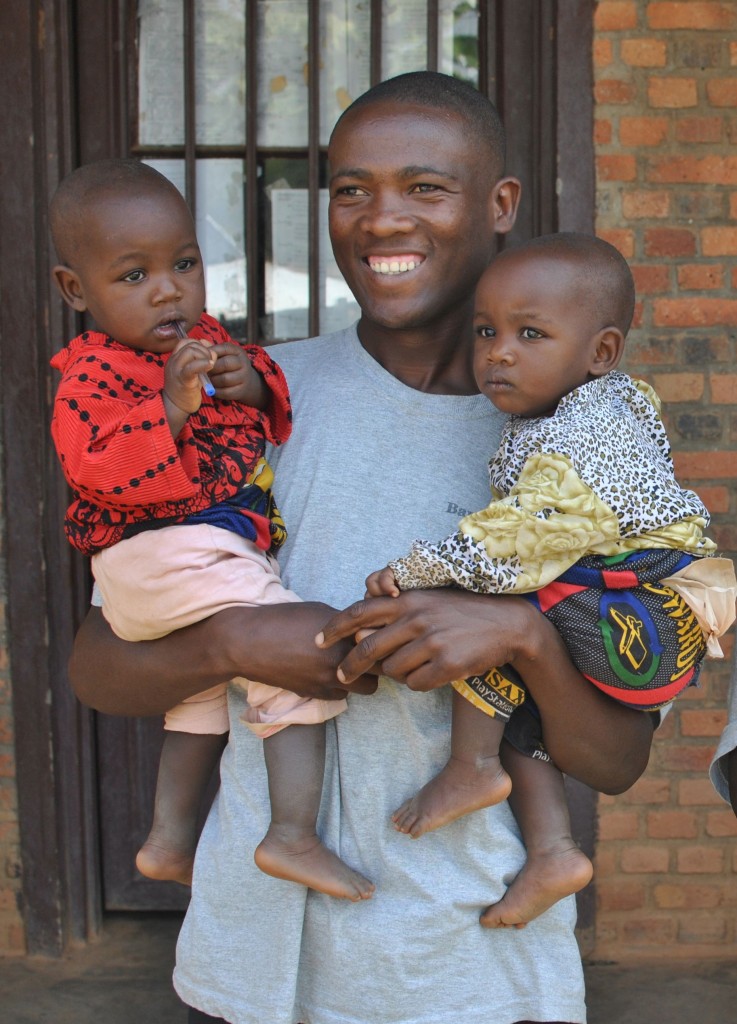 “Before, I thought women were supposed to do all the things in the household – fetch water, prepare meals, sweep. After having three kids, it was a challenge,” says Jean Pierre, a 29-year-old father of triplets in Rwanda.

“After group education,” he continues, “I am now aware that I have to be a part of all the household activities – including caring for children, feeding them and preparing their clothes.”

Jean Pierre learned how taking more responsibility for housework and childcare has a positive impact for both him and his family, after participating in fathers groups through Rwanda’s MenCare+ project.

In Rwanda, MenCare’s global co-coordinator Promundo is working with the Rwanda Men’s Resource Center (RWAMREC) to engage men, ages 18 to 35, as partners in sexual and reproductive health and in maternal, newborn and child health as part of the three-year MenCare+ project.

Group education for young men, young women and couples started in Rwanda in April 2014, after an intensive first year of development. Thus far, more than 950 young men and women have participated in 15 sessions on gender equality, sexual and reproductive health and rights, partner violence and drugs and alcohol. In addition, 576 couples have participated in 15 sessions about gender equality, pregnancy and childbirth, family planning, raising children, sharing household responsibilities, violence and drugs and alcohol.

By the end of 2015, MenCare+ Rwanda hopes to reach nearly 7,000 community members with group education, and many more thousands through community events and campaigns. Later this month, the “Bandebereho” (“Role Model”) campaign will be launched to raise community awareness and support for men’s involvement in sexual and reproductive health and in maternal, newborn and child health. The campaign will include football matches, song competitions, radio shows and other community events.