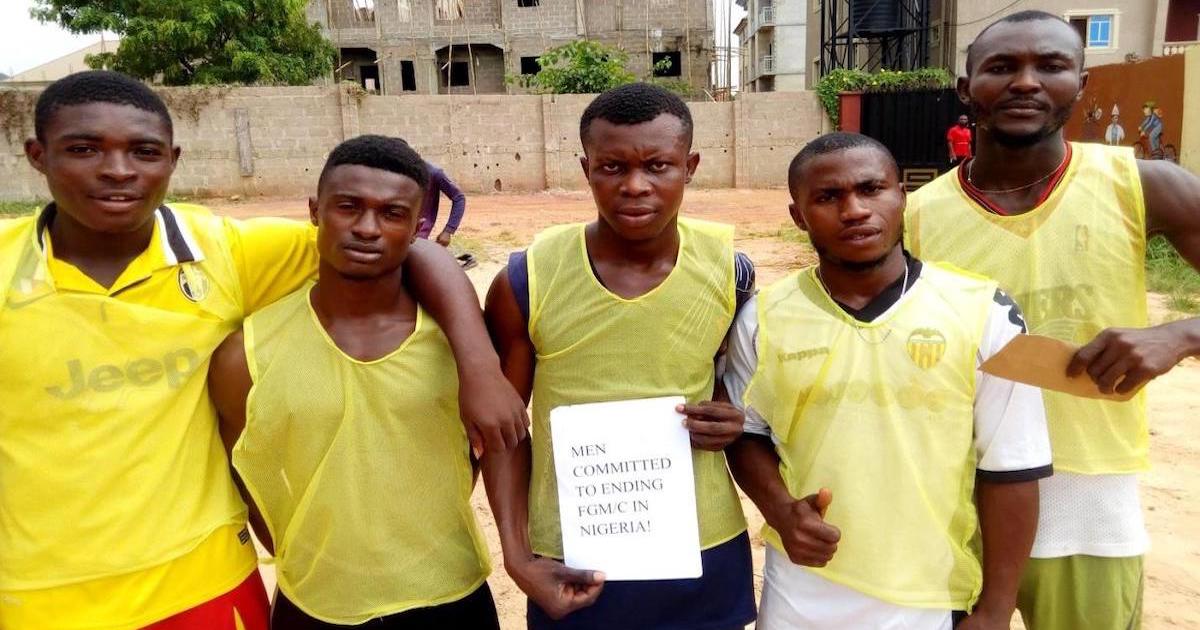 Men and boys from Akwuke re-affirming their commitment to ending FGM/C in the community.

This blog was authored by Dr. Christopher Ugwu, Executive Director at the Society for the Improvement of Rural People (SIRP)

Akwuke is one of the 174 communities in Enugu State, Nigeria. Akwuke has an estimated population of 28,000 people, disaggregated into 12,500 men and boys and 15,500 women and girls. One major challenge affecting this community is FGM/C. It is largely practiced in this community because of the misconception that FGM/C curbs promiscuity for girls. In Akwuke, the girl child is subjected to FGM/C eight days after her birth. This is largely done to coincide with the girl child naming ceremony.

Society for the Improvement of Rural People (SIRP) decided to undertake a project to end FGM/C, with support from the global venture philanthropy fund, Rockflower, earlier this year. This project largely targeted men because of the patriarchal context of the community. In Akwuke, patriarchal mindsets hold sway, as men and boys erroneously believe that they have power over the bodies of various women and girls in the community. As an approach to shift this mindset, the organization decided to organize a series of discussion groups and poster campaigns with various men and boys.

In this regard, SIRP adopted an approach that involved non-judgmental, open dialogue. This approach was derived from UNICEF’s six elements of FGM/C abandonment. SIRP held 12 rounds of meetings with the men, through which they were able to increase the men’s knowledge and awareness of FGM/C. During these meetings, they discussed the various negative impacts of FGM/C. Some of these include: its effects not only women’s and girls’ health, but also its effect on the girl child’s education and her economic empowerment. This is in part because FGM/C can serve as a precursor to early marriage. 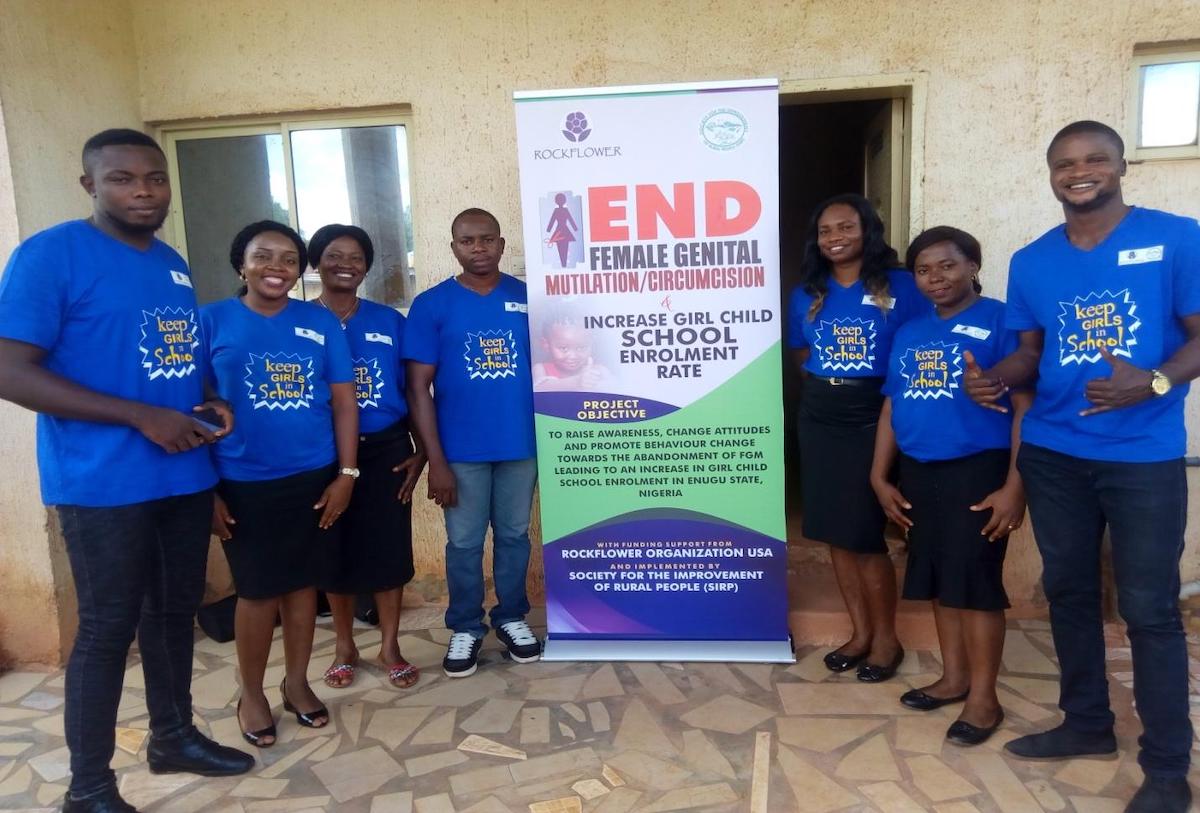 SIRP team members and volunteers posing for a group picture in the Akwuke community.