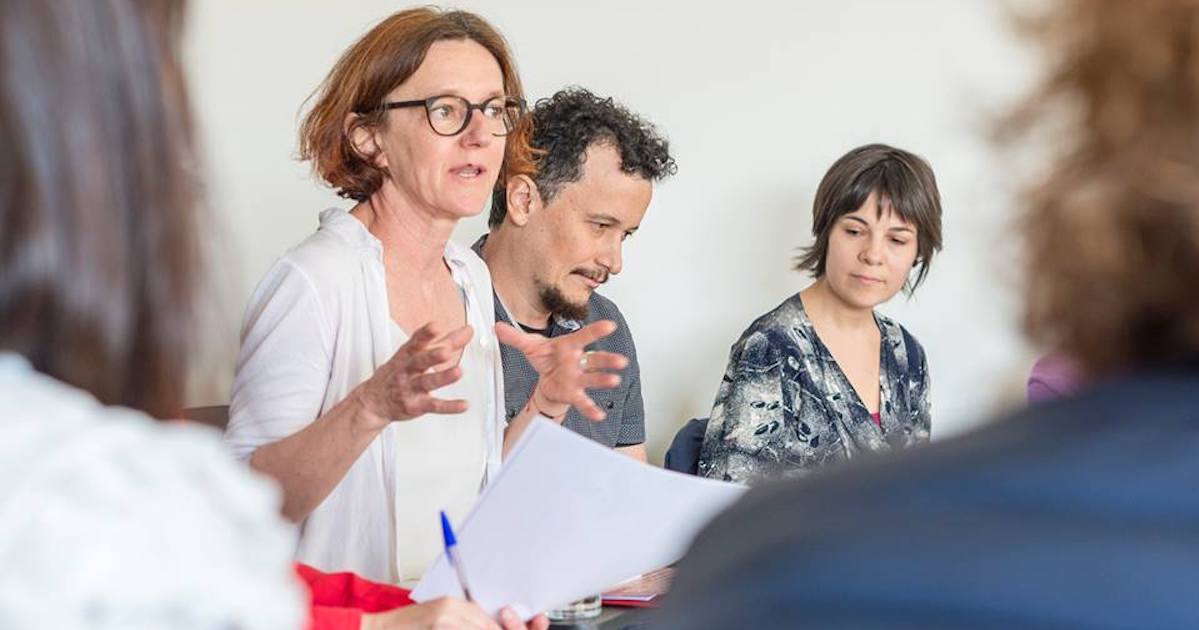 A new European project called PARENT (Promotion, Awareness-Raising and Engagement of Men in Nurture Transformations) was launched on March 26, 2019 in Coimbra, Portugal.

Opening remarks were delivered by the Head of the Office on Gender and Health Equity at the Ministry of Health, Dr. Vasco Prazeres and the project partners: Promundo-Portugal/Centre for Social Studies at the University of Coimbra; Verein für Männer- und Geschlechterthemen Steiermark (Austria); Center for Equality Advancement (Lithuania), Cerchio degli Uomini (Italy), and Escola Superior de Enfermagem de Coimbra/Nursing School of Coimbra (Portugal).

PARENT brings a gender-synchronized approach – informed by MenCare’s Program P work with fathers and couples –  to tackling the prevention of violence against women and children. By engaging men in co-responsible parenting and an equal share of unpaid care work in four European Union countries (Portugal, Austria, Italy, and Lithuania), PARENT intends to contribute to the prevention of domestic and intra-family gender-based violence (GBV) and violence against children. It seeks to promote change in social attitudes and behavior regarding gender roles in caregiving.

PARENT aims to address gaps in engaged fatherhood within the EU; increase awareness of GBV and the importance of engaging men in prevention strategies; and increase gender equity in unpaid care work.

With these objectives in mind, PARENT plans to roll out several activities, such as training for health care and education professionals using Program P-ECD (a Program P adaptation with a focus on Early Childhood Development); consciousness-raising education groups for fathers and their partners; and national campaigns to promote gender-equitable caregiving and active fatherhood. Project PARENT also has plans to amplify the global MenCare campaign.

The project expects to reach 300 health and education professionals; 120 fathers and their partners, including refugees and migrants; national and EU health policymakers and gender equality advocates; and academia and organizations that work on gender equality issues across Europe.

Recognizing the connection between gender-inequitable caregiving and violence against women and children, PARENT aims to not only increase awareness and activities focused on the importance of engaging men in active fatherhood, but to also address and promote more gender-equitable attitudes and behaviors in order to decrease men’s violence against women and children.