MenCare partner Society for the Improvement of Rural People (SIRP) works to promote gender equality in Nigeria. SIRP is guided by a framework in developing gender equality intervention programs that is focused on individuals and families; society, environment, and community; structural and policy issues; and empowerment and support services.

SIRP is an non-governmental organization (NGO) based in Nigeria that works with local communities to enhance their ability to make demands for rights and services, especially those under Sustainable Development Goals 3, 4 and 5, which address good health and well-being; quality education; and gender equality, respectively. It provides a voice and services to vulnerable segments of society and promotes high-quality services delivery to improve the living conditions of people through practices of partnership, accountability and good governance.

One area of focus is the prevention of female genital mutilation (FGM), the ritual cutting or removal of some or all of the external genitalia of a woman or girl. Globally, it is estimated that 200 million girls and women have undergone some form of FGM. In Nigeria alone, the estimates stand at around 20 million women and girls. FGM poses serious physical and mental health risks for women and young girls.

SIRP worked with RAINBO – a United Kingdom-based organization – in Ebonyi State (Igbo land) to end this practice. Through this project, SIRP conducted sensitization programs in five communities in Ebonyi State where FGM is prevalent. The organization spread awareness through discussions of the illegality and health implications of female genital mutilation. In addition, SIRP also organized training workshops for anti-FGM stakeholders and gatekeepers including men, midwives, and religious and traditional leaders.

As a relatively new network, MenCare Nigeria is working on increasing membership through membership drives. It is also seeking to create partnerships with the Ministries of Justice, Health, and Gender Affairs in order to better execute its mandate.

SIRP plans to increase its influence at the local, state, and national levels, to become an advocate of gender-equitable divisions of domestic work, and to support positive expressions of gender and masculinity. It also intends to increase awareness of the 2015 Violence Against Persons (Prohibition) Act, which prohibits and provides services for forms of violence. 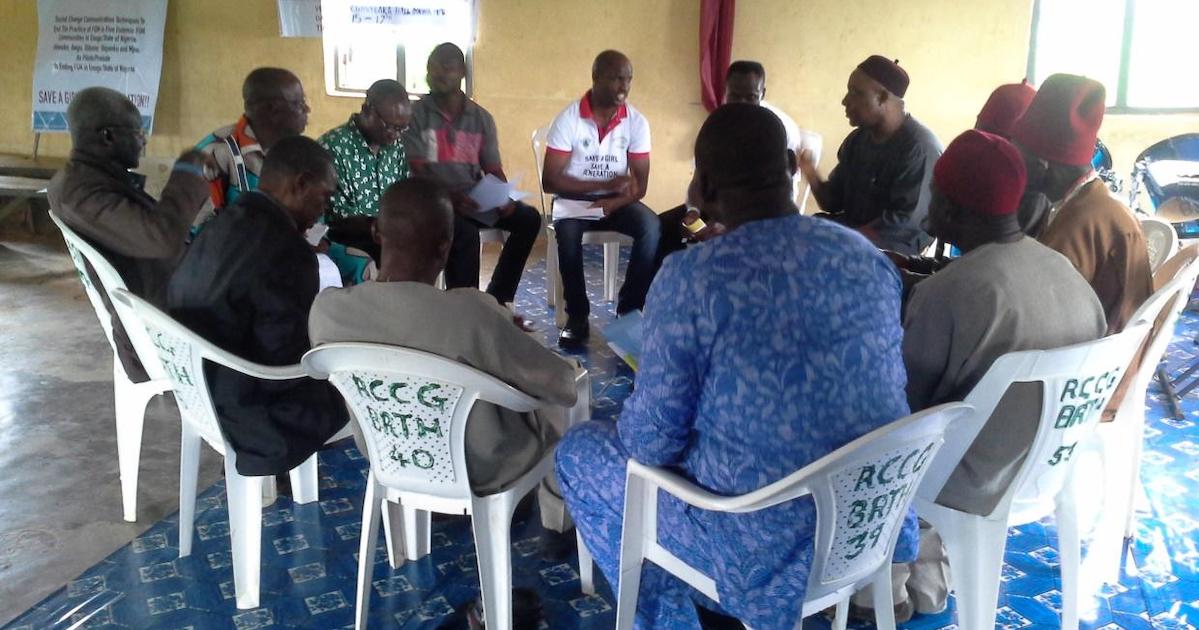 Photo: Intergenerational group discussing the need for men to be actively involved in domestic work 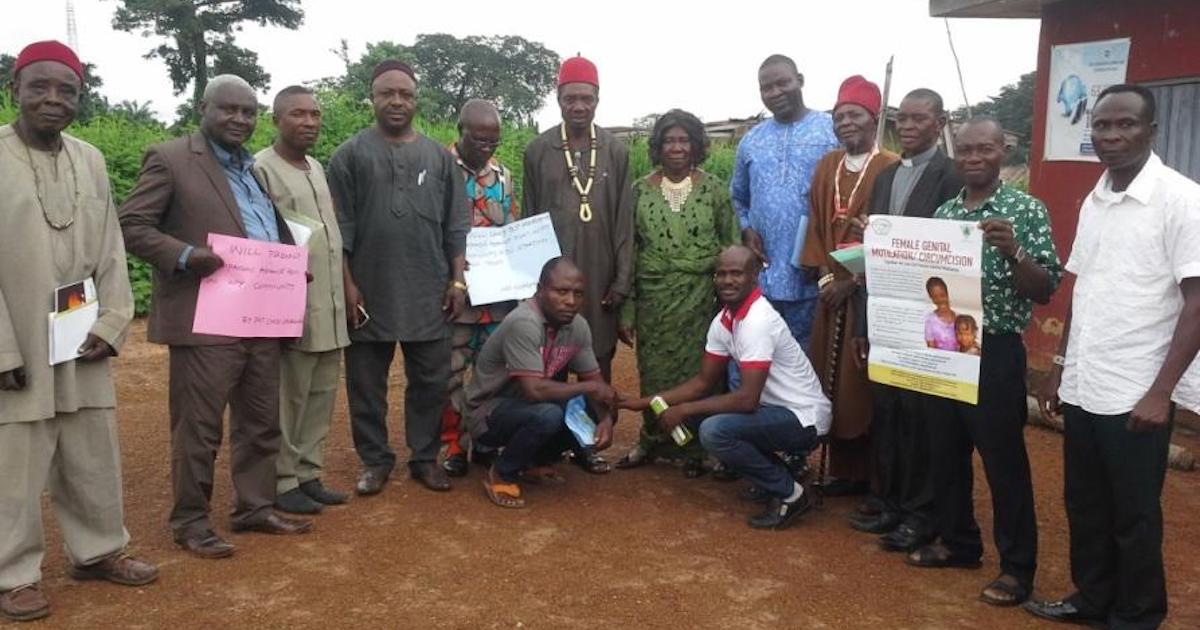 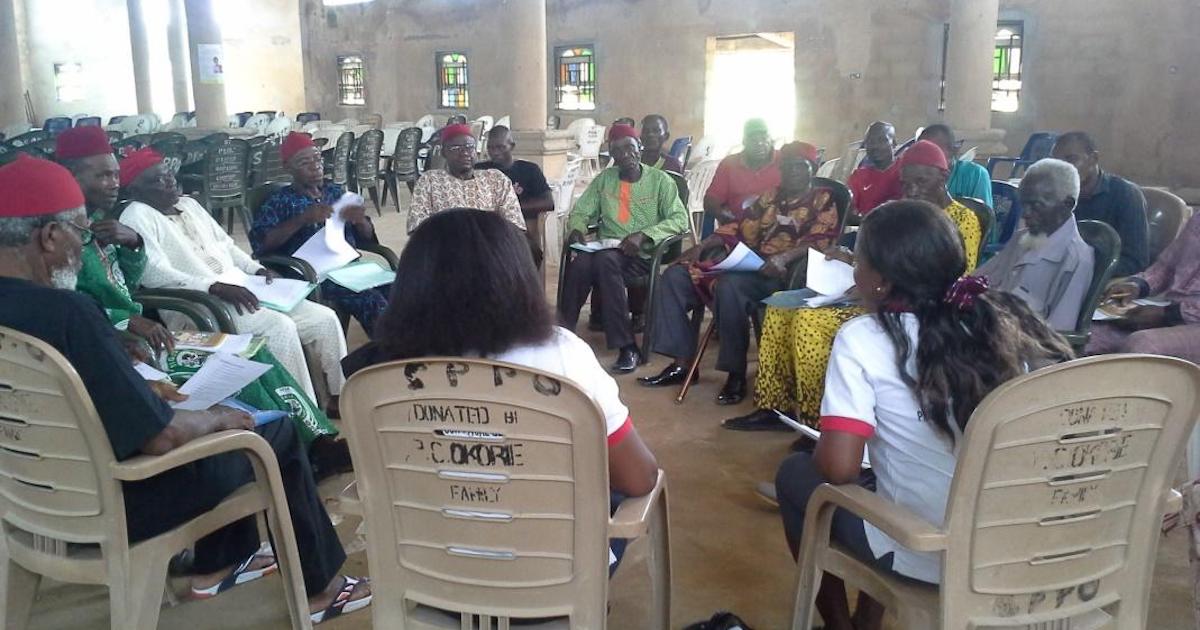 Photo: Intergenerational group dialogue among traditional and religious leaders of Okpanku communities. They made a commitment to ensure that in their communities, men would actively participate in domestic work. 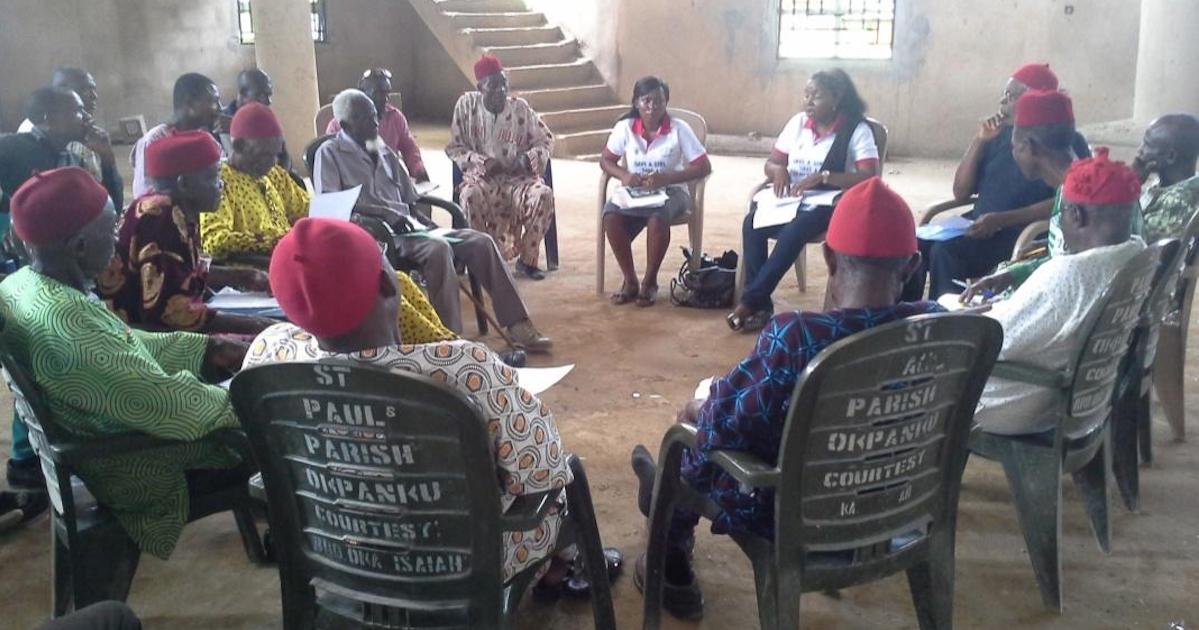