MenCare Bulgaria is a consortium of organizations working collectively towards achieving gender equality, children’s rights, and community participation. Its members focus on advocacy, research, and support for vulnerable groups and survivors of violence.

MenCare Bulgaria’s “Being a Dad” campaign is developing a second phase, building on what it achieved in the first phase from 2013 to 2016.

Three annual events have been established as key events of the campaign: Pink Shirt Day (a day focused on awareness and prevention of bullying at school); Father’s Day (an international celebration of men’s caregiving); and the main initiative of the campaign, Father’s Week, which happens in the second week of November.

During last year’s Father’s Week, the Minister of Education participated as both a father of a student as well as an ambassador for the “Being a Dad” campaign. 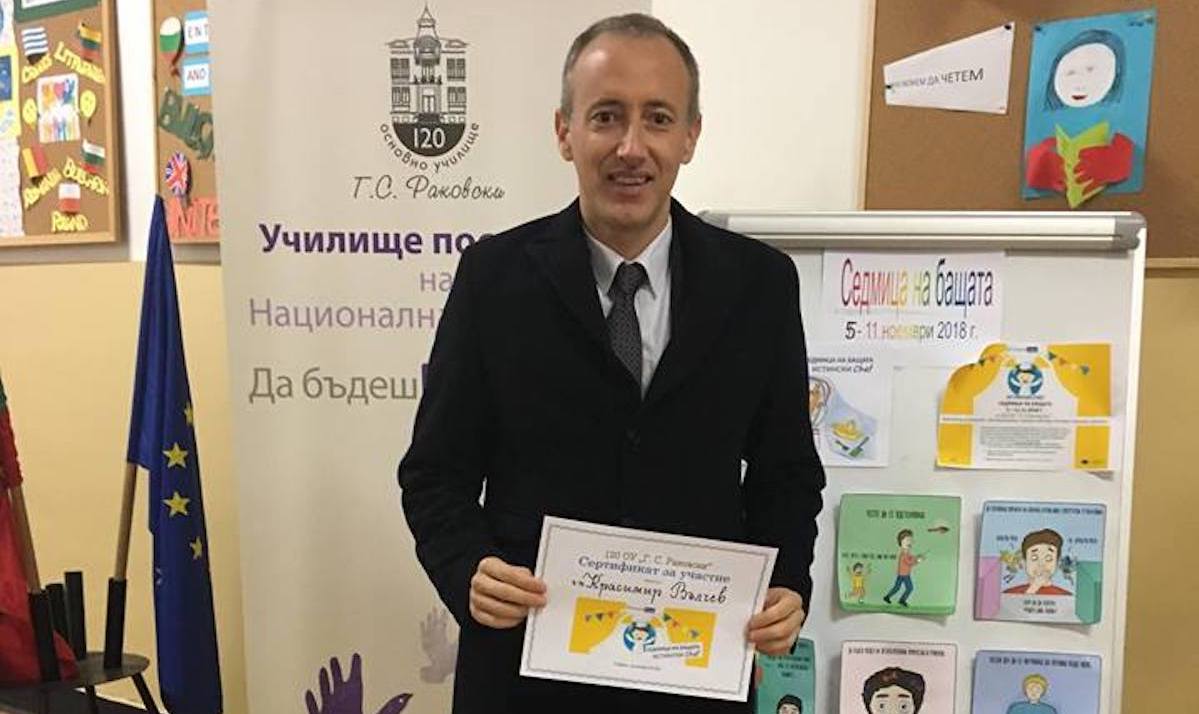 MenCare Bulgaria advocated for and secured official support from the Ministry of Education for the upcoming 2019 Father’s Week. Applications to become a part of the official Father’s Week agenda are now open.

Pink Shirt Day was held on February 27, 2019, and the event was conducted in partnership with three coalitions of Bulgarian NGOs: the “Key to school without fear” coalition, the “End violence against children” coalition, and the “Learning and action partnership” coalition. 78 schools posted feedback and pictures on the Facebook event for Pink Shirt Day. 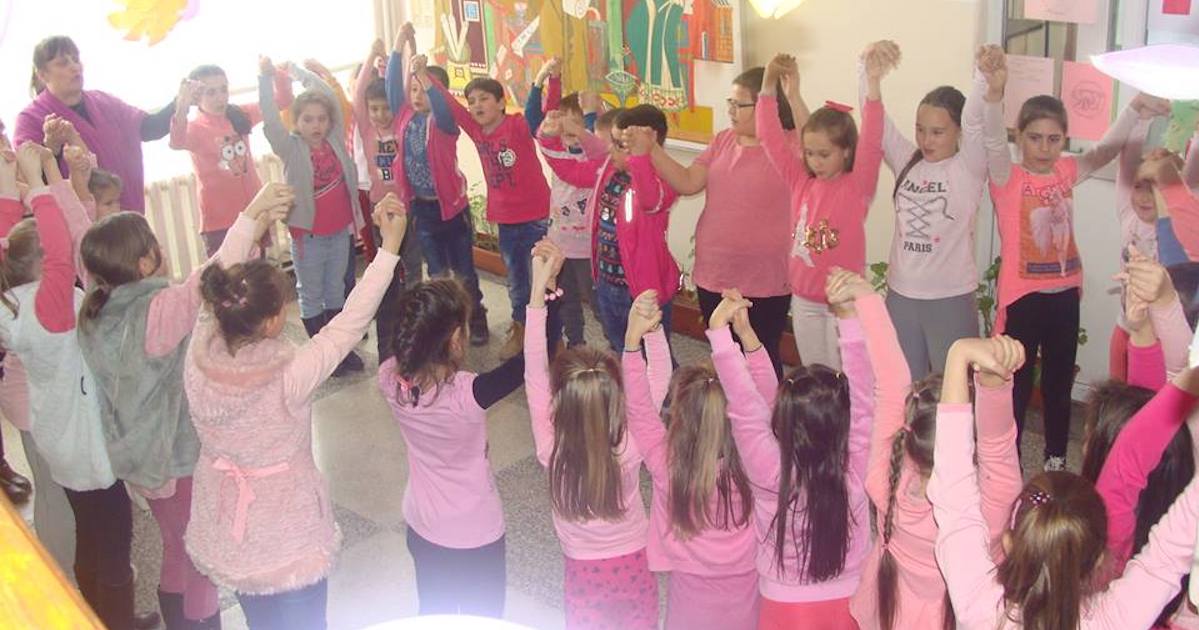 First graders from Saint Prince Boris, a school in the Bulgarian village of Starcevo.

MenCare Bulgaria identified advocacy priorities, with a focus on the equal participation of all parents in key areas of children’s lives: prenatal care, early child development, education, and healthcare.

Stay tuned for more activities and information from MenCare Bulgaria.