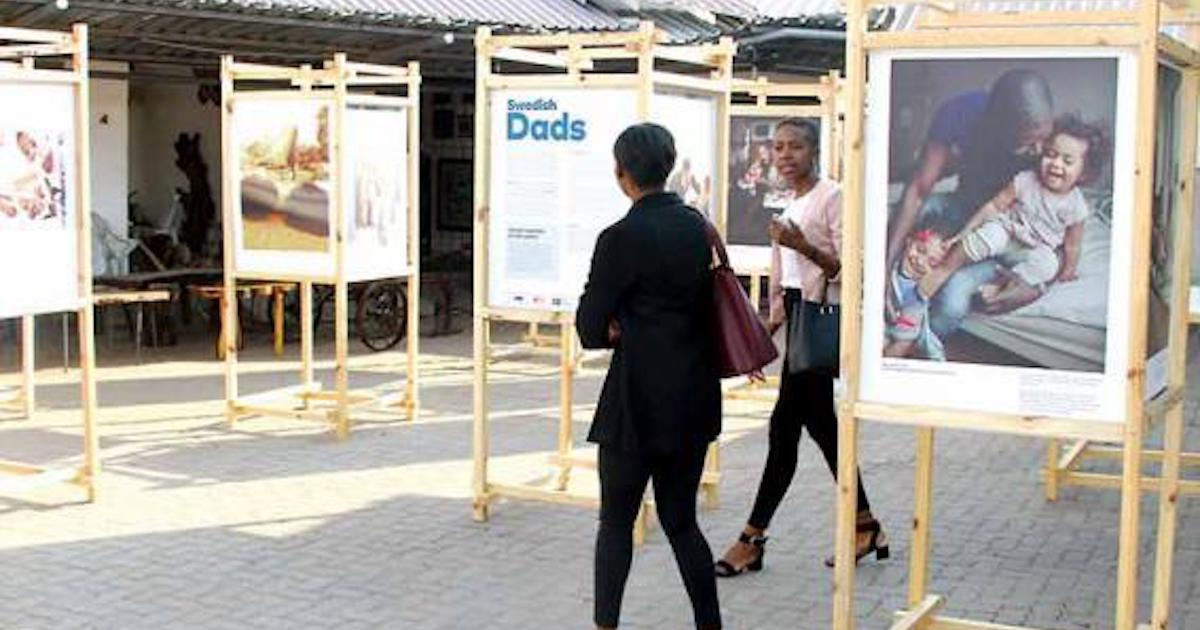 Men and Boys for Gender Equality (MBGE) – an organization working to engage men and boys in reducing gender inequalities and ending gender-based violence in Botswana – calls on governments to develop policies for granting parental leave.

Speaking at the launch of the Botswana and Swedish “Dads Photo Exhibition,” the founder of MBGE Desmond Lunga said: “We want to encourage men to be part of caregiving work in the home because we realized that a lot of women still live in poverty because they are forced to take care of their kids and they are not able to go out there and get education and be able to work.”

He noted that it’s important for men to step up and say: “We also want to be part of bringing up a child to bond with them, to be involved in the care work within families because that way it will give equal opportunities for both parents, and for the child to get positive role models.”

Lunga continued, “When we started the MenCare program in Botswana, it was quite a challenge because our cultural practices do not allow men to be in the delivery room or [to] take care of the child just after delivery.”

Engaging with communities and starting conversations was a critical approach, in order to address the challenges of breaking down barriers and sharing key information.

The photo exhibition reaches out to men across the country with messages aiming to promote reflection on and awareness of the importance of involved fatherhood.

The Swedish Ambassador, Cecilia Julin, discussed Sweden’s parental leave policies, emphasizing that care work is not mothers’ role alone, but the responsibility of parents of all genders.

As Botswana prepares for general elections, speakers encouraged men to lobby members of parliament for parental leave and advocate for gender equality in caregiving.