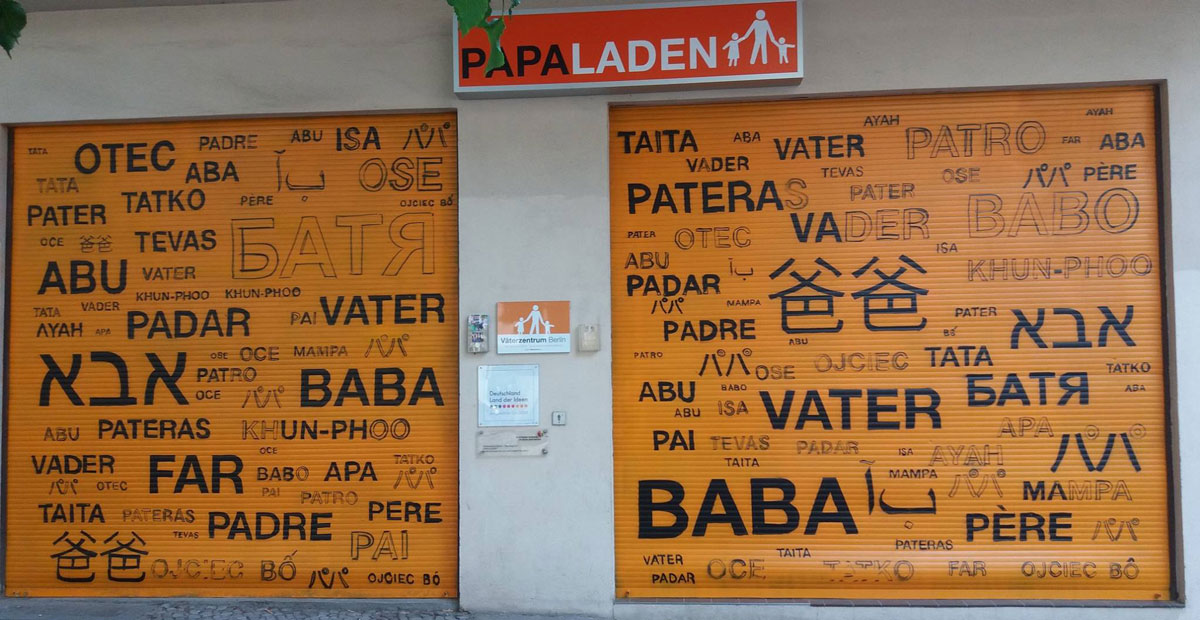 Väterzentrum Berlin (Berlin Fathers Center) was founded by Eberhard Schäfer and Marc Schulte with the mission of providing programming and facilitating dialogue for fathers of all identities. In addition to the “Daddy Café,” where dads in parental leave situations meet for informal learning, the Center provides programs aimed at preparing men to become loving, caring, and involved fathers.

According to Eberhard Schäfer, more than 90% of fathers in Germany attend the birth of their baby in the delivery room. However, they are usually considered to be “attending,” rather than participating. Schäferbelieves fathers are not adequately – systematically or professionally – prepared to become a parent. There is a lack of instruction about caring for a newborn or education around gender-equitable parenting. While many men are physically present, there is often hardly any expectation and hardly any guidance for them to be active caregivers.

Schäferargues that parental systems and structures in Germany are rooted in gendered expectations: often, mothers are seen as primary caregivers and fathers are expected to provide only “help” or “support” for the primary caregiver. Ongoing research in couple and family dynamics underpins the notion that common practices and norms around childbirth and parenting reinforce these ideas.

For the last ten years, the Berlin Fathers Center has been working to better prepare men to take on an equitable parenting role, starting at their child’s birth.

The Berlin Fathers Center established courses for fathers-to-be that promote gender equity by encouraging them to first establish a close, loving bond between father and baby, promoting active fatherhood from the very beginning. By creating programming for men before they are in a fatherhood role, the Center hopes to change gendered norms around birth and transform the future of caregiving.

Serving Every Kind of Father

The Center also shapes its programming to serve fathers of all sexual orientations and gender identities. The organization believes in transforming the narrow conception of family systems and in widening our collective understanding of how parenthood is defined.

The following description of their “Rainbow Daddy Group” gives one example of their programming efforts (edited and condensed):

More and more gay men are becoming fathers, with each other and in so-called rainbow constellations with lesbian, queer, or heterosexual women and people of all gender identities and sexual orientations. The concept of fatherhood in these contexts is diverse, and, we find it important to create platforms of mutual exchange.

Since 2017, the Rainbow-Daddy-Group of the Väterzentrum (Berlin Fathers Center) is one of the first support groups in Germany focusing on an expanded conception of fatherhood. Founded as a self-help-group of various gay fathers that have been confronted with forms of exclusion, the group consists of more than a dozen men, meeting regularly once in a month. The group has transformed itself into a network of active and proud fathers promoting gay/queer fatherhood, helping each other to grow in their responsibility for their children and to manage the practical aspects of a meaningful fatherhood for all sides. The group also works on finding agreements with the mothers of their children (most of them in lesbian partnerships). They develop regular activities with children and build open communities in which our children grow up as self-confident and happy individuals.

The group is working on a book on gay/queer fatherhood in the German-speaking world to tell our story and to encourage other men to be involved, responsible fathers. The book will be released in 2019.

More information about Väterzentrum Berlin can be found here. Fathers Center team members Eberhard Schaefer and Marc Schulte also train professionals in Europe and elsewhere on work with parents, families and children about parental dynamics and how to involve fathers in care work.

More information on the work of the Berlin Fathers Center in relation to gender and family dynamics in Germany can be found in this article here.