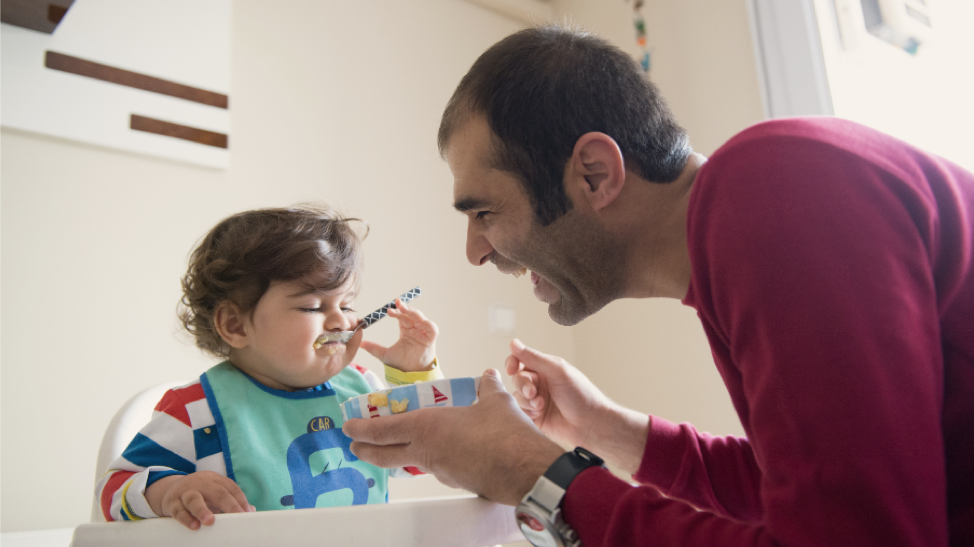 This blog was authored by Cody Ragonese from Promundo-US and Suna Hanöz-Penney from AÇEV (Turkey), and it builds on Suna’s comments during the MenCare webinar “Innovations in Policy Advocacy to Advance Men’s Caregiving” on June 12, 2018. View the full recording here, with additional presentations by Ilze Smit from Rutgers (Netherlands) and Wessel van den Berg from Sonke Gender Justice (South Africa).

For the past two decades, MenCare partner AÇEV in Turkey has been making strides to engage fathers to increase their role in their children’s lives, having identified fatherhood as an entry point for broader social change toward gender equality at home and at work. The organization’s efforts have followed three primary strategies: father-support programs, private-sector engagement, and evidence-based publications.

Based on ACEV’s extensive experience with fathers, the organization knew that there was little awareness of involved fatherhood in Turkey. Building on this observation, ACEV carried out a study and published a research report titled Involved Fatherhood and its Determinants in Turkey in 2017. The report provides a plethora of data on fatherhood practices in Turkey – including risk and protective factors related to fathers’ involvement in the lives of their 0- to 6-year-old children – and confirms a stark reality: Fathers in Turkey are simply not involved enough in their children’s lives, especially in their earliest and most formative years. It serves as a useful resource in AÇEV’s advocacy campaigns with the public and private sector, as it works to provide a healthier image of fatherhood in Turkey.

The study finds that fathers in Turkey view themselves as “head of the household” and that 91% of fathers with children aged 0 to 10 believe that the primary person in charge of childcare is their spouse. This reinforces unequal gender norms in Turkish society. Findings also demonstrate that fathers of 0- to 3-year-old children often do not assume responsibility for the physical care of their infants and toddlers, with 36% reporting never changing diapers and 35% never trimming the child’s nails. In fact, 58% of fathers feel like they did not know what to do when they first became fathers. The study also finds that many fathers do not use their paternal leave: 28% of fathers indicated not knowing their rights to parental leave (under national law), and 21% of fathers were not allowed by their employers to use it.

Challenges and risks to child development due to fathers’ lack of involvement are exacerbated by the work life of fathers. Evidence shows that due to long working hours, fathers struggle to have enough time for themselves and their families. In Turkey, 53% of men – or approximately 10 million – work in the private sector. Work life is critical for fathers in Turkey, as they have some of the longest working hours among Organisation for Economic Co-operation and Development countries. Therefore, promoting involved fatherhood requires the partnership of the employers and the private sector.

A cornerstone of AÇEV’s advocacy efforts has been the continued engagement of the private sector to support men’s caregiving. This presents a major opportunity to leverage companies and their employees for social good, which will benefit not only Turkey, but also other countries interested in involved fatherhood and child development.

“The private sector has traditionally just been seen as a funding source, but this is a way to further, and meaningfully, involve them in our mission and work,” Suna said. Since November 2017, ACEV has hosted several workshops with multiple private-sector companies that have expressed interest in supporting involved fatherhood, including through making structural workplace changes and offering childcare solutions.AÇEV has led workshops with 50+ participants from a variety of different industries – from banks to multinational companies like Fibabank, Koc Holding, Gap, UPS, and Benefit Cosmetics – and has since been approached by other interested companies.

AÇEV has also created an evidence-based toolkit to facilitate the development of company-wide action plans. These action plans can be used to support employees who are new dads with a range of policies and programs, including paternity leave, childcare services, and father-support programs. AÇEV’s advocacy efforts have catalyzed shifts in company policies throughout Turkey. 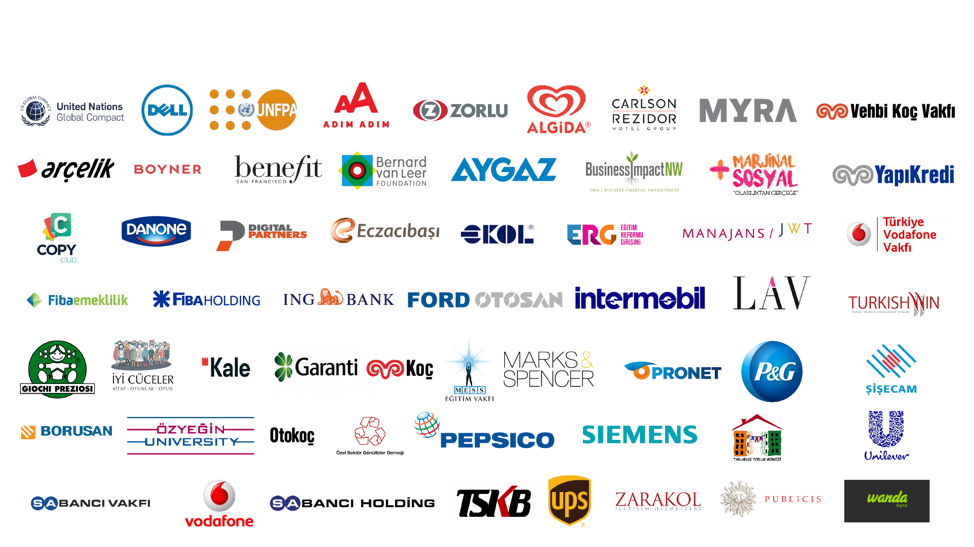 Private-sector corporations with whom AÇEV has partnered. Graphic courtesy of AÇEV.

For example, Suna shared that after partnering with AÇEV, the Executive Director of Pronet said, “We have to begin from somewhere, we can’t wait for policy changes. After these trainings, I would like to announce that in our company, we expanded the 5-day paternal leave to 10 days. It’s actually good for the company.” 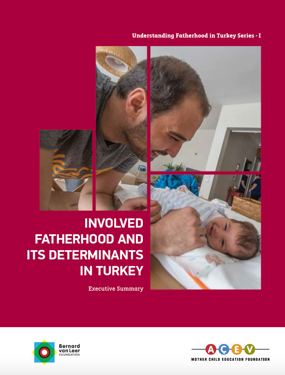 In addition to improving workplace policies in the private sector, AÇEV has also engaged marketing teams within these companies to leverage their impact in order to influence a public shift in how gender norms are addressed in advertising. One success story Suna shared is of a prominent Turkish diaper company that decided to portray men as participatory, active caregivers in its ads. Suna added that advertising and marketing plays an important role for shifting gender norms and laying the groundwork to removing barriers and stereotypes.

Through its engagement in the private sector, AÇEV is shifting workplace policies and societal norms toward a concept of involved fatherhood. These best practices can be applied to a variety of contexts and industries within Turkey and around the world.