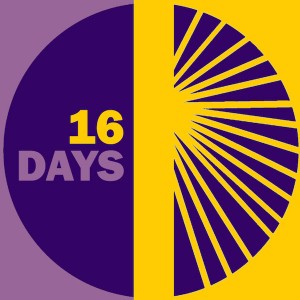 From November 25 to December 10 each year, thousands of organizations around the world participate in the 16 Days of Activism Against Gender-Based Violence Campaign. MenCare is joining these voices in advocating and acting against gender-based violence (GBV). The 16 Days Campaign aims to raise awareness, strengthen local and national programs, and advocate for government policies to eliminate all forms of violence against women.

For the 2018 campaign, MenCare is sharing 16 thoughtful quotes and articles that show the importance of parents modeling and discussing healthy, respectful understandings of masculinity and consent with children in order to prevent violence.

“We must take a closer look at the messages boys receive about what it means to be a man, and provide youth with spaces to transform them.” – Brian Heilman and Aapta Garg 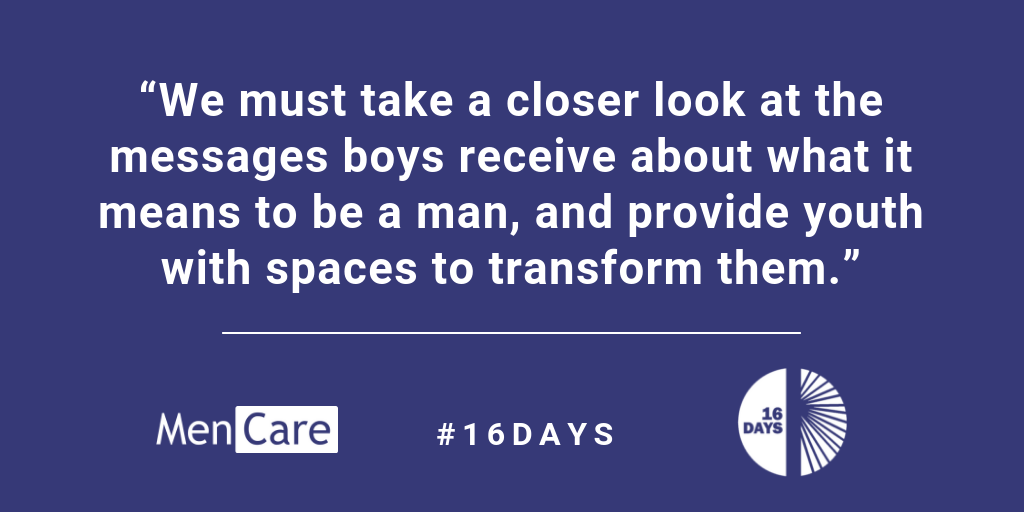 “When daughters and sons see their fathers in respectful, nonviolent, equitable relationships, they internalize the idea of equality and can pass this on to their own children.” – MenCare 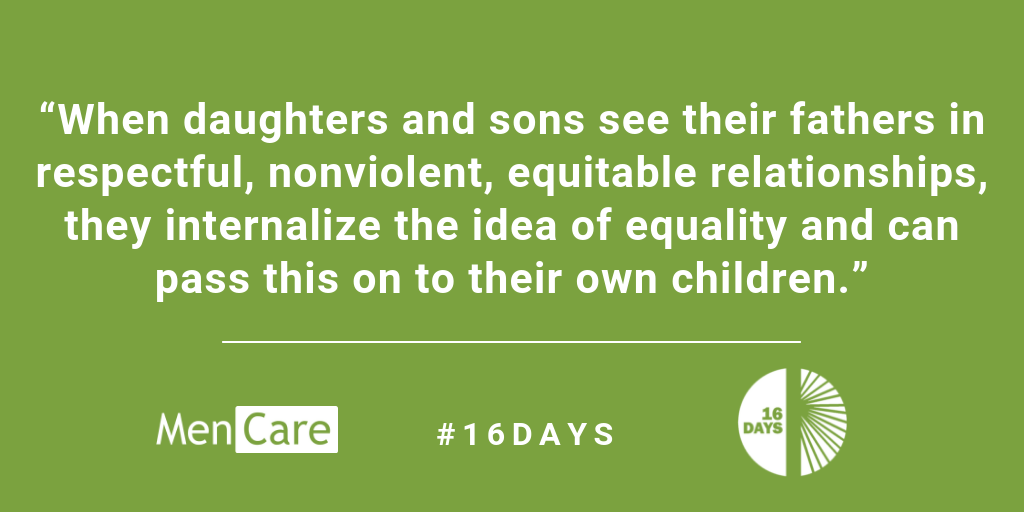 “Parents can help create a world in which everyone respects sexual agency and gender equality. It’s on us to do so.” – Merle H. Weiner 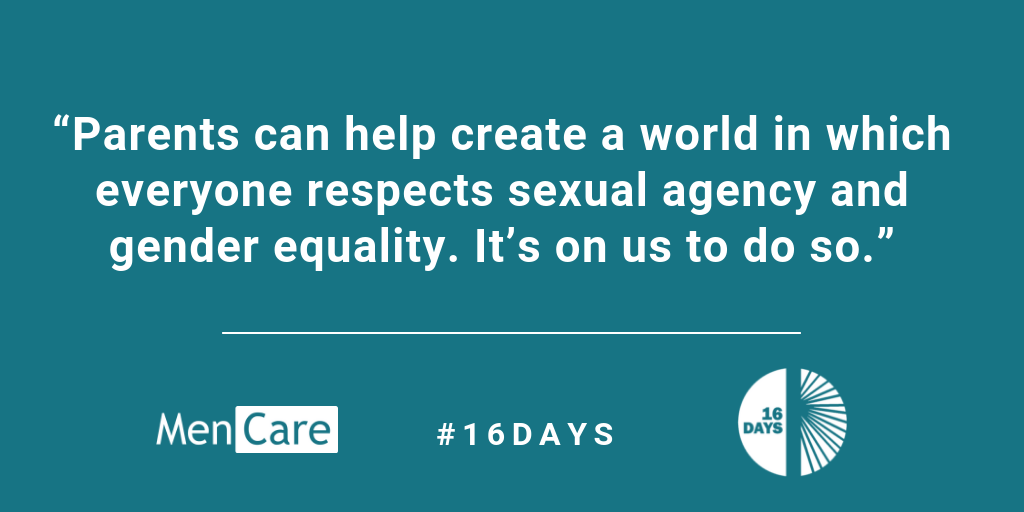 “Many fathers emphasize competition and achievement with their boys… How much emphasis is put on compassion?” – Paul Donahue 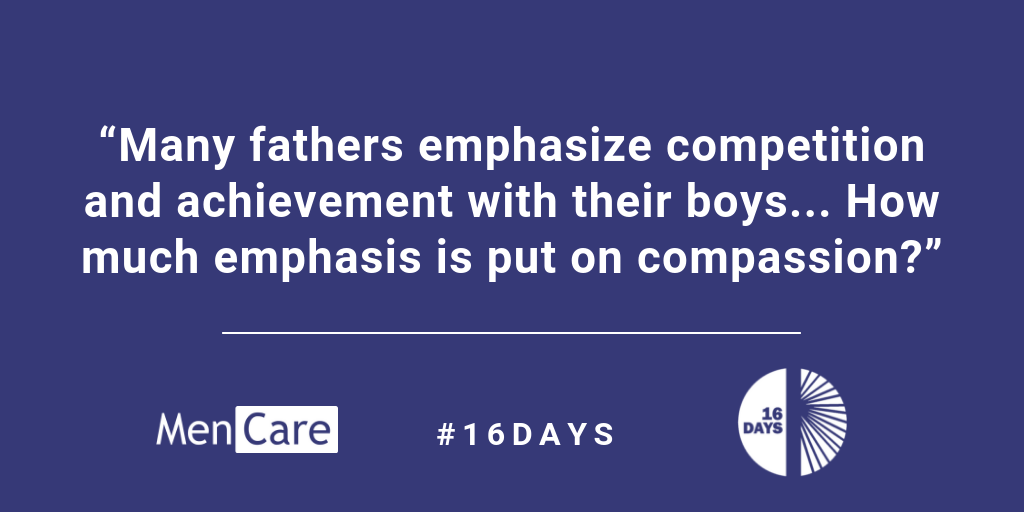 “It is time we take a good, hard look at the toxic way we teach males in our culture where to look for self-worth. It should not come from physical and sexual domination of others.” – Erica Berman 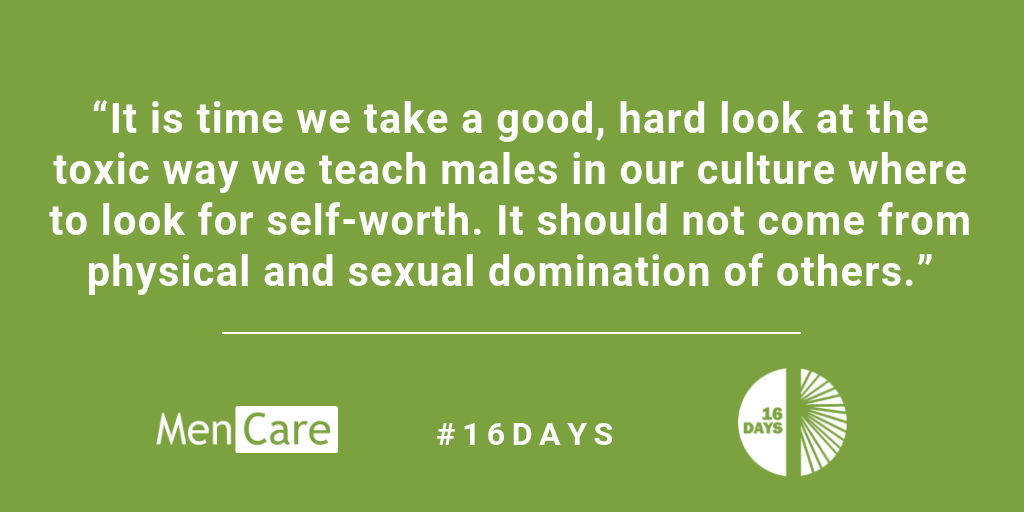 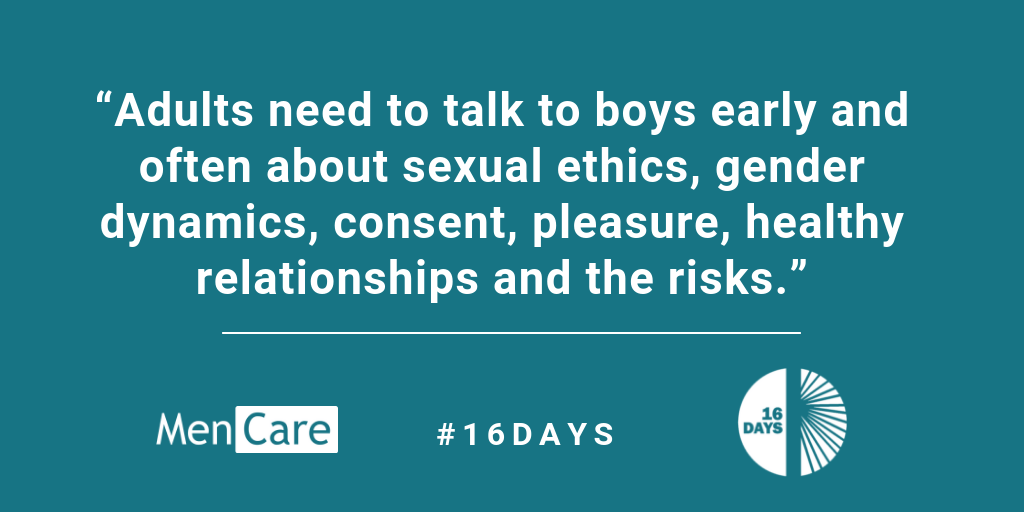 “If society is to find its way to a post-#MeToo future, parents, teachers, and community members need to build a culture of boyhood that fosters empathy, communication, caretaking, and cooperation.”– Sarah Rich 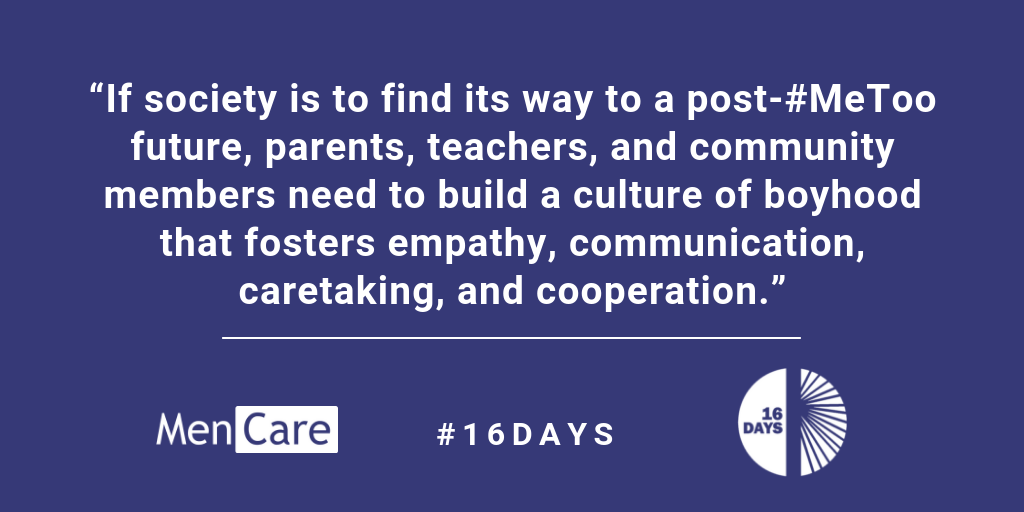 “Children, regardless of gender, harbor innate sweetness that we, as a society, would do well to foster and preserve. Sweet boys grow up to be men who recognize the strength in being vulnerable and empathetic.” – Faith Salie 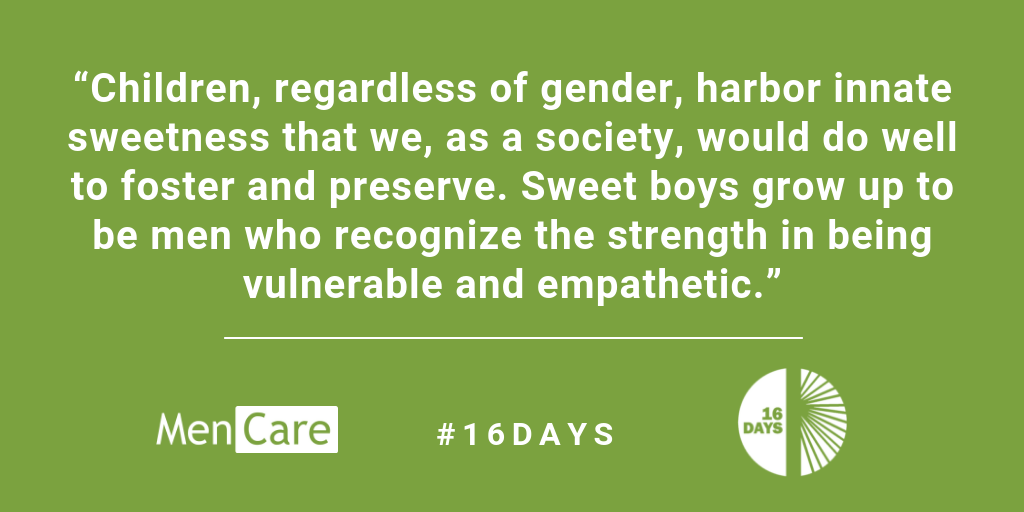 “Peers, parents, teachers, the media and others play a role in reinforcing harmful ideas about how men should act to be considered ‘real men.’” – Jane Kato-Wallace, Brian Heilman, and Ché Nembhard 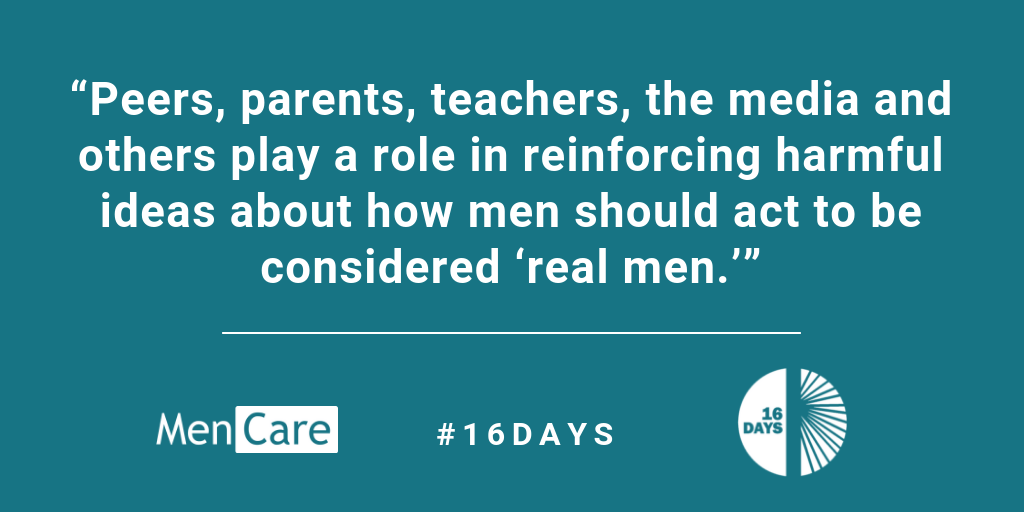 “Too many boys are trapped in the same suffocating, outdated model of masculinity, where manhood is measured in strength, where there is no way to be vulnerable without being emasculated, where manliness is about having power over others.” – Michael Ian Black 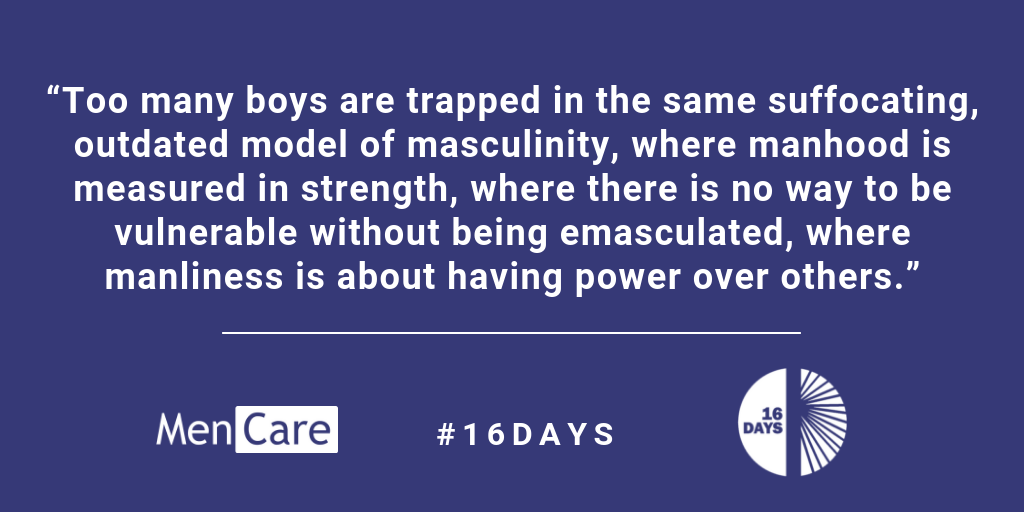 “If you want to raise feminist children, be a feminist parent. If you have a partner, make sure your relationship shows equity and mutual respect.” – Alia E. Dastagir 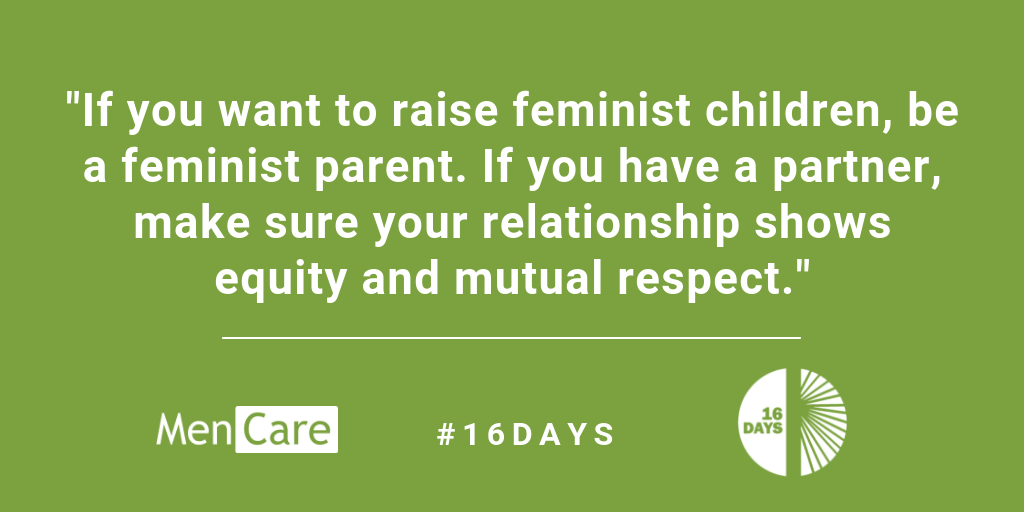 “It’s important to teach our kids, and our boys in particular, that hugs and kisses aren’t assumed. Consent is always necessary.” – Candace Ganger 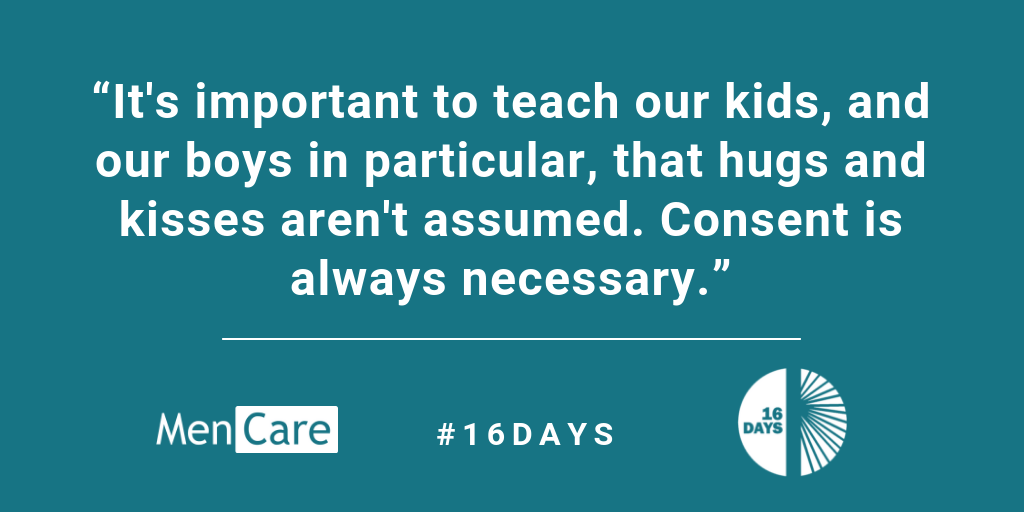 “Teach boys to show strength — the strength to acknowledge their emotions. Teach them to provide for their families — by caring for them. Show them how to be tough — tough enough to stand up to intolerance.”– Claire Cain Miller 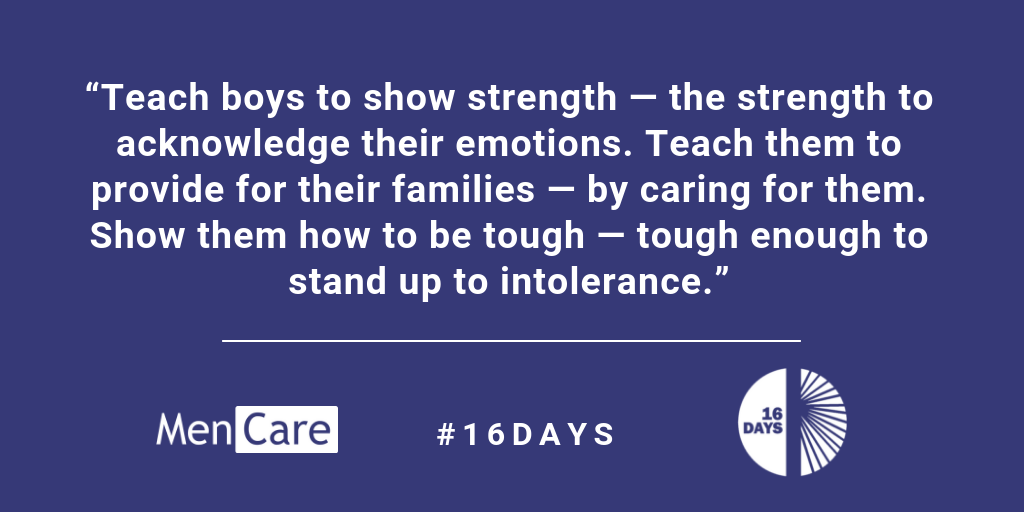 “Raising a generation of men who think and act differently than Harvey Weinstein will require dads and male role models to change how they discuss sex, consent, and empathy.”– Michael Rothman 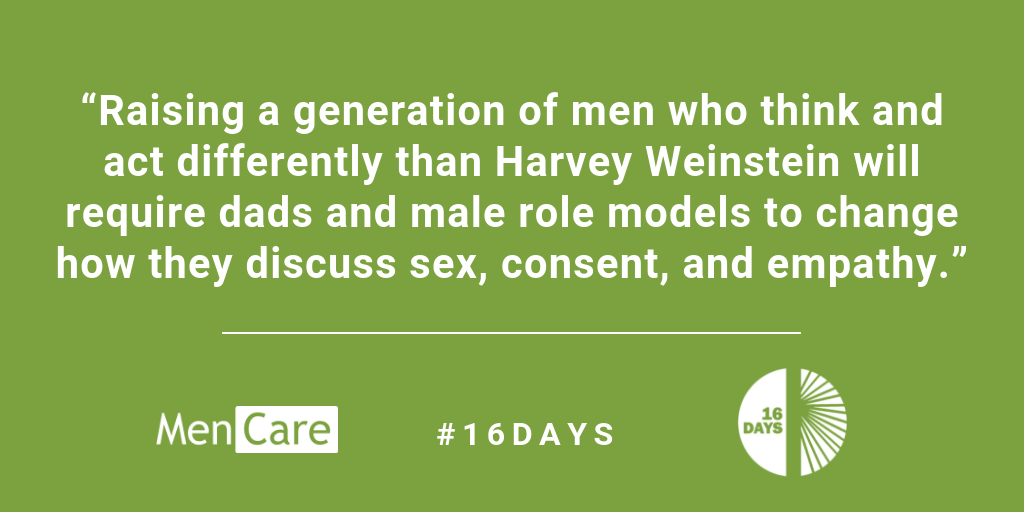 “It’s important for dads not only to strive to loosen the restrictions on the kinds of men their sons can be, but also to make a point of calling out gender stereotypes.”– Emily Kane 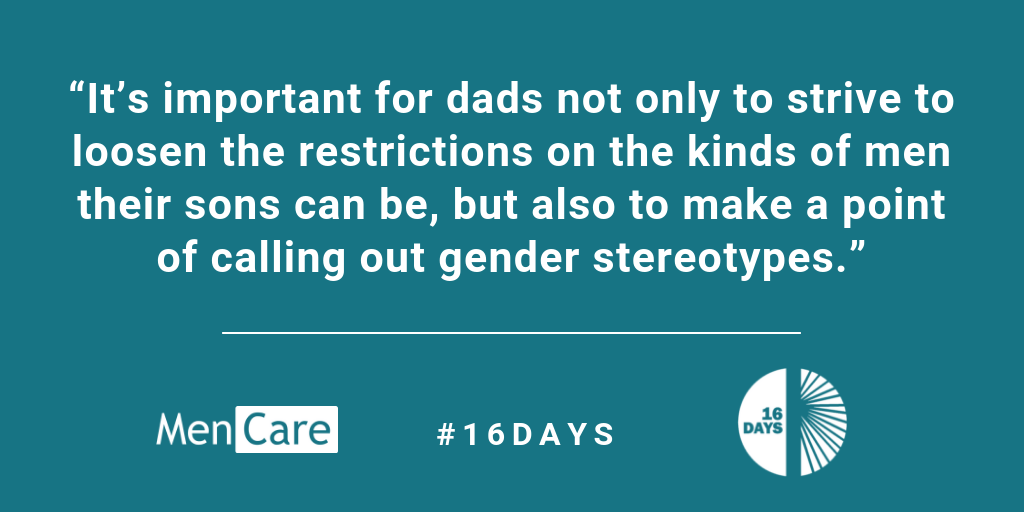 “Promoting respect and gender equality at home, particularly with regard to parenting, is a key step in empowering your children and advancing equality in society more broadly.” – MenCare 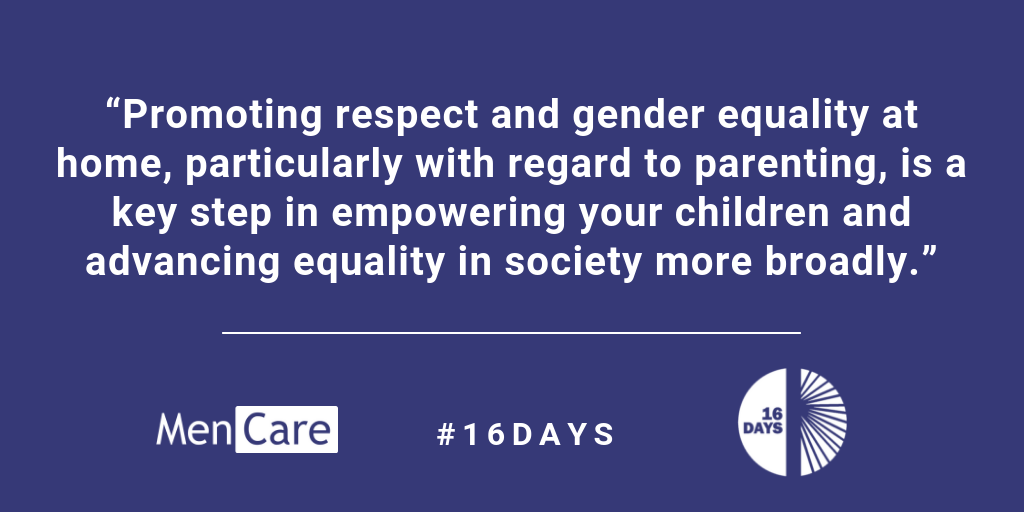