This article was written by Belén Bonilla, Promundo-US. The interview was conducted by Nina Ford, Promundo-US. 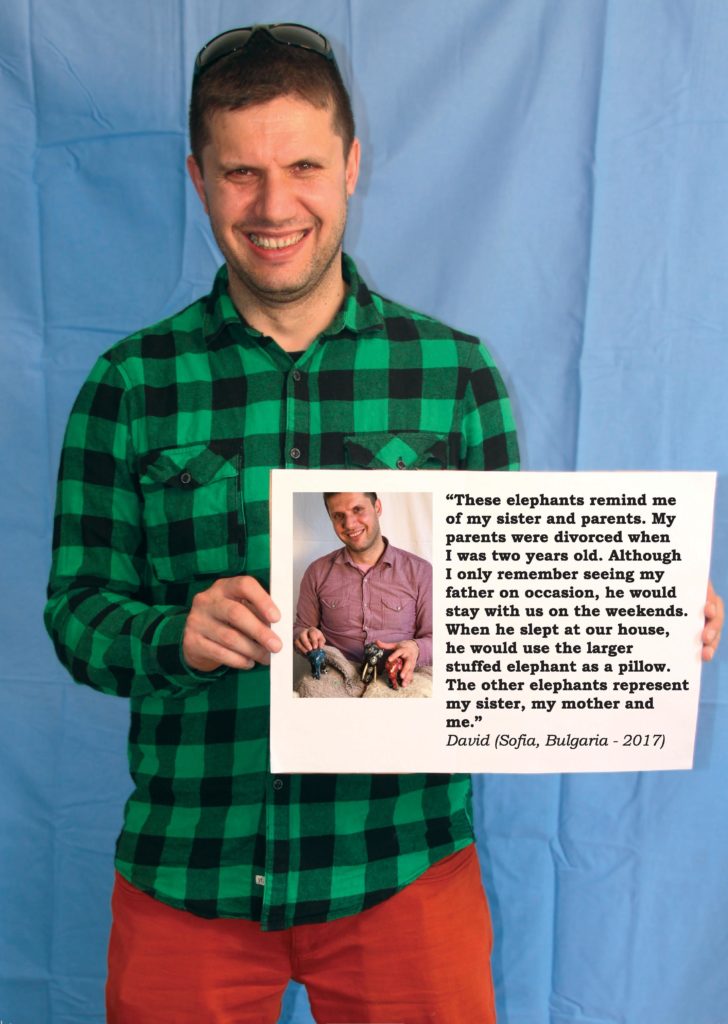 Society’s rigid expectations about men’s and women’s roles in care often keep fathers from being fully involved in their children’s lives. In Bulgaria, the MenCare campaign is challenging these inequitable norms and stereotypes in order to better engage men as equal caregivers at school and at home.

“There is still this consensus of attitudes that the men must be the main bread earners and the mothers must be charged with taking care of the children and the house,” said David Kiuranov, program coordinator of MenCare Bulgaria’s “Being a Dad” campaign, speaking on what it means to be a father in Bulgarian society today. “You could say that there are changes, but stereotypically, still, the men are expected – and they expect for themselves – that they will provide for their families.”

To shift this reality, David recognizes that stereotypes impacting how men and women view their own roles in Bulgarian society also affect the way women view men’s involvement. “We must not forget that not only men are sharing ideas around traditional masculinities. There are many women who are also raised and educated in this environment. They also believe that ‘real men’ do not change diapers.”

Uprooting rigid norms in Bulgarian homes and schools that prevent men from carrying out care begins with changing the narrative around traditional roles for men and women.

Shifting norms about care at home

At Association Roditeli (“Parents”), David is working with other “Being a Dad” partners to promote the idea that both women and men can be caregivers and breadwinners, encouraging a more equitable sharing of these responsibilities and relieving pressure on families to conform to outdated models of paid and unpaid work.

“There are many families that are poor and many men feel very strongly the pressure that … they have to be the providers for the family,” David said.

Similarly, while the role of mothers is respected in Bulgarian society, it continues to be limited to the domestic sphere.

“There’s a very strong presence in the public consciousness of the influence that mothers have in the development of their children,” David explained. However, that perception also often restricts mothers to being the primary caregivers at home.

Through events and campaigns by the “Being a Dad” campaign, David hopes to broaden the way that men and women view their roles, and to encourage a shift toward greater equality.

Shifting norms about care at school

In Bulgaria, the MenCare campaign’s work in the education sector has revealed that fathers are historically absent when it comes to involvement at school. “The mother is the parent who is traditionally present at school here in Bulgaria,” David said.

To change this reality, the campaign created school events targeting fathers, fostering their active collaboration with teachers and their positive relationships with their children.

As a result of these events, teachers have begun to feel more comfortable working with both fathers and mothers to ensure children’s educational success.

Moving forward, David and the “Being a Dad” campaign are working to develop more school policies that will target the involvement of men in the lives of their children.