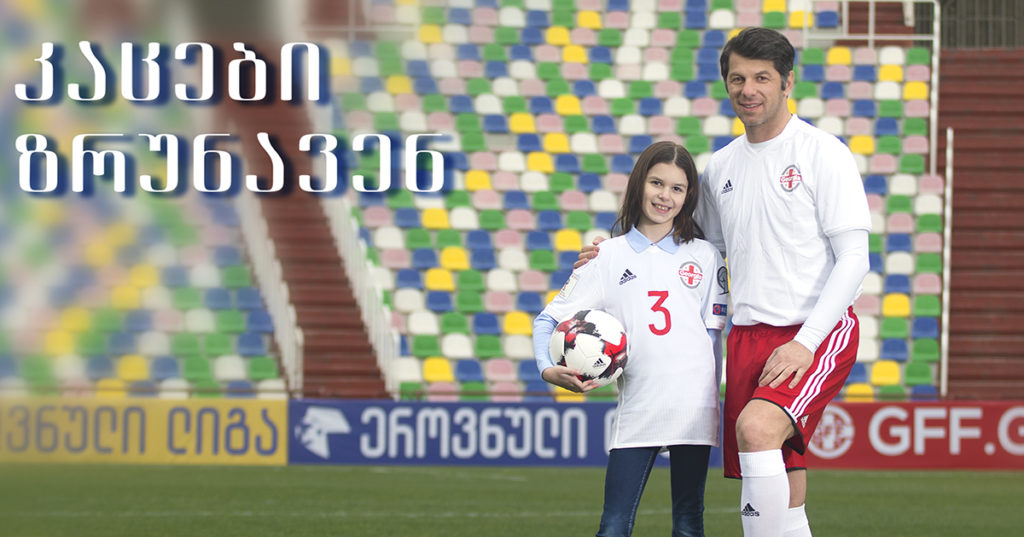 London-based think tank Emerging Europe awarded the MenCare campaign in Georgia first place in its Equality-Friendly Initiative of the Year 2018 contest in June. Part of the inaugural Emerging Europe Awards, the Equality-Friendly Initiative of the Year recognizes projects that teach tolerance and open-mindedness in Central and Eastern Europe, promoting social inclusion and equality for all people regardless of gender, ethnicity, sexual orientation, and religious beliefs.

The MenCare campaign in Georgia was selected from among ten nominees by a jury from Emerging Europe. The goal of the campaign is to raise awareness of the importance of active fatherhood and male involvement in family life, and to break the stereotype that family health and wellbeing is solely a woman’s responsibility.

The campaign arose out of results from the survey Men and Gender Relations in Georgia, conducted with UNFPA’s support in 2013, which confirm that existing stereotypes and established clichés in Georgia prevent men from taking on roles as caring, hands-on fathers, husbands, partners, and family members. Results also show that men’s daily involvement in the upbringing of children aged 0 to 6 is limited to playing and talking to them. The share of men who cook and change diapers or clothes for their young children (aged 0 to 6); who bathe them; who take them to kindergarten, school, or entertainment venues; or who read books to them on a daily basis does not exceed a total of 18%.

Based on these research findings in Georgia, UNFPA and its partner organizations have actively worked to raise awareness and generate public discourse about gender norms and inequality since 2013. Campaigns and activities to promote men’s engagement as fathers and caregivers – such as “Daddy, Read Me A Book,” the Fathers television program, and “A Letter to a Child” – have captured public attention and raised awareness about the importance of gender-equitable caregiving.

The MenCare campaign in Georgia is implemented by UNFPA Georgia’s Country Office in partnership with the NGO We Care, within the framework of the UN Joint Programme for Gender Equality funded by the Government of Sweden. The campaign promotes men’s involvement as equitable, nonviolent fathers and caregivers in order to achieve family well-being, gender equality, and better health for mothers, fathers, and children.