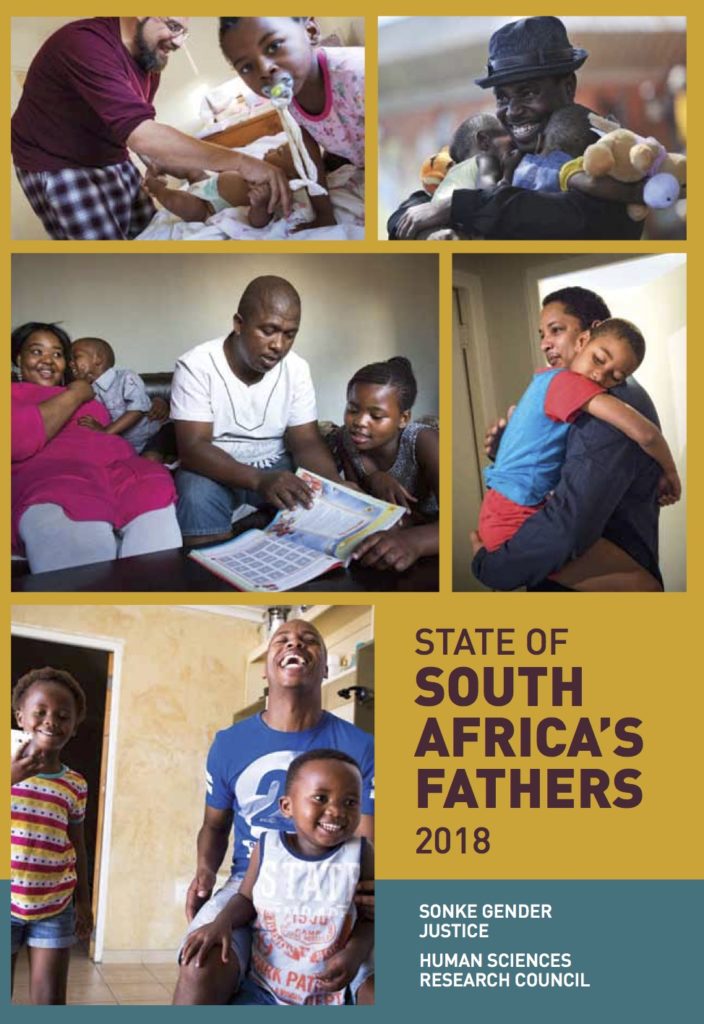 MenCare global co-coordinator Sonke Gender Justice (Sonke) and the Human Sciences Research Council (HSRC) launched the inaugural State of South Africa’s Fathers report on July 12, 2018 in Pretoria, South Africa. The report coincides with an important moment in the country’s history in which key amendments to South Africa’s labor law will allow for better parental leave for fathers and all parents through the Labour Laws Amendment Bill.

The report highlights the importance of fathers’ involvement in their children’s lives, irrespective of marital or residence status. Moving away from the deficit model of absent fatherhood, the report focuses on the involvement of non-resident biological and social fathers in parenting and caregiving.

This inaugural edition provides explanations on the benefits to children, mothers, and fathers of men’s involvement in the first thousand days of a child’s life, and it recommends key intervention points for policymakers to improve fathers’ involvement in childcare.

The State of South Africa’s Fathers report documents that:

The report is produced by Sonke and the HSRC, as a continuation of several years of work both organizations have done on increasing support for men’s contributions to gender-equitable and nonviolent parenting. It complements the State of the World’s Fathers reports produced by the global MenCare campaign.

UNICEF South Africa has been a key partner in the South African implementation of the MenCare campaign, through the partnership with the National Department of Social Development. The report, which has been produced with the kind support of the DST-NRF Centre of Excellence in Human Development and DG Murray Trust, will be used to inform the next phase of this work, to ensure that the campaign is responsive to the evidence about fatherhood contained in the report.

This blog was adapted from a press release by Sonke. For more information, further comment, and author interviews, see the press release here.