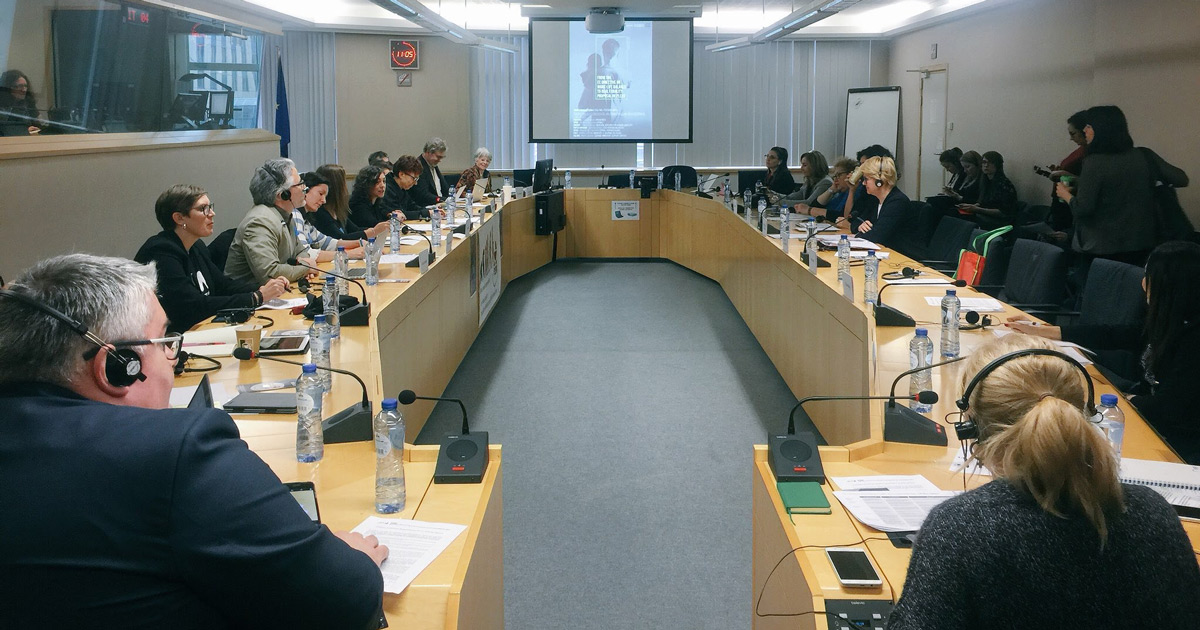 Representatives of PLENT participate at a European Parliament roundtable. Photo courtesy of PLENT.

The European Commission is currently considering a Directive on Work-Life Balance for Parents and Carers, with the goal of allowing parents and other caregivers to better balance work and family lives and of encouraging more equitable sharing of caregiving between women and men.

The directive would introduce 10 working days of paternity leave and 5 days of annual carers’ leave in the European Union (EU), as well as strengthening parental leave provisions and extending the right to request flexible working arrangements.

Tim acknowledged that the provision of parental leave policies alone is not enough to reach equality in unpaid care work. To increase the uptake of men’s leave and equal participation in care work, the following policies are also necessary: (1) non-transferable leave for all parents; (2) sufficient length of leave – a minimum of four months; and (3) adequate pay during employees’ time away from work – 70% to 100% of their regular salary or equivalent.

“Men’s caregiving matters for everyone. As a father myself of a two-year-old son, I know just how important the involvement of a father can be in the lives of one’s children,” Tim said.

Tim’s presentation to the European Parliament in February builds on work by the International Platform for Equal, Non-Transferable, and 100% Paid Parental Leave (PLENT) around the EU Directive on Work-Life Balance for Parents and Carers.

Thirteen members of PLENT, including MenCare partners, participated at a public roundtable at the European Parliament in Brussels on the directive in November 2017, advocating for equal, non-transferable, and fully paid parental leave.

Approximately 50 people attended, including Members of the European Parliament (MEPs) and their support staff, representatives of civil society organizations, and the general public.

“[Parental leave] has to be for mothers and fathers, for men and women, to change their behavior and achieve gender equality,” PLENT’s María Pazos Morán said.