Results from a randomized controlled trial (RCT) released today in the journal PLOS ONE reveal powerful impacts of targeted, gender-transformative programming on health and violence in Rwanda. 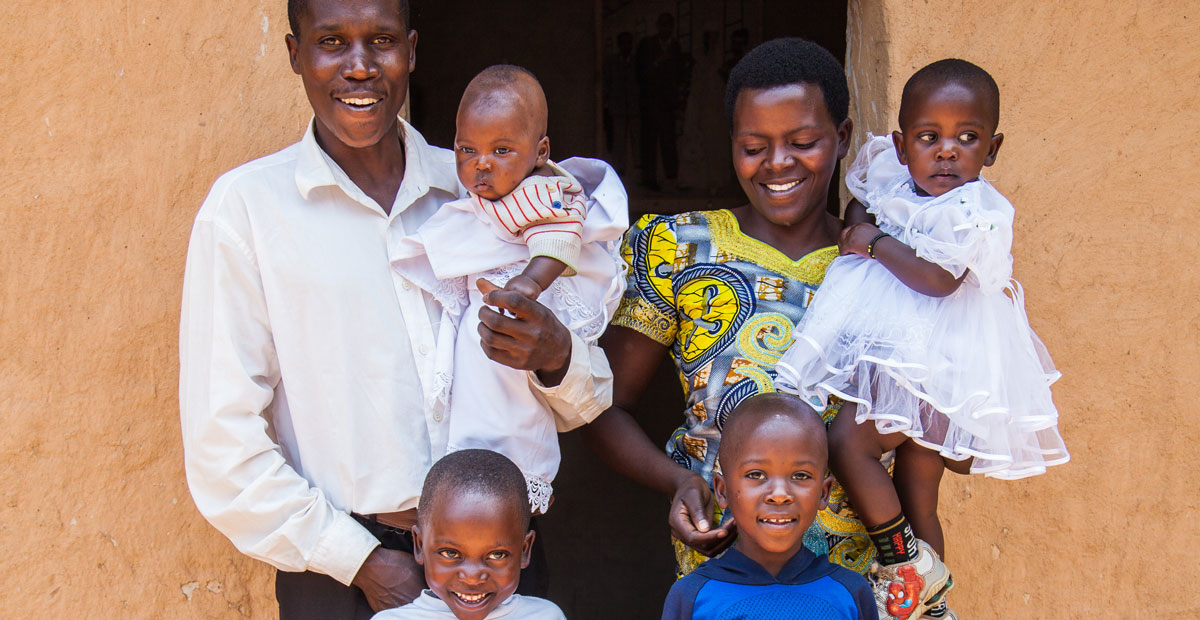 Almost two years after participating in a MenCare fathers’ and couples’ program in Rwanda, as part of MenCare+, men are nearly half as likely to use violence against their female partners and spend almost one hour more per day doing household chores,* reveals a new randomized controlled trial (RCT). This evaluation, released today by the journal PLOS ONE is led by MenCare’s global co-coordinator Promundo, together with the Rwanda Biomedical Center and Rwanda Men’s Resource Center (RWAMREC), a MenCare partner. It is one of a handful of rigorous studies showing that engaging men as they become fathers and focusing on improving couple relationships can be an effective strategy to reduce men’s use of violence against women and improve relationships within the household.

While Rwanda has been held up as a pillar of gender equality in the international community, gender equality – particularly in day-to-day household relations – has not been fully realized. High rates of men’s violence against women and barriers to women’s access to the family planning methods they want still exist: 19% of married women report an unmet need for family planning; only 23% of Rwandan women are able to make decisions about their own health; and more than 20% of married women report having experienced physical and/or sexual violence from their husband in the past year.

Working with men as allies to overcome such barriers is a relatively new approach, and so far there has been little rigorous evidence about the impact and long-term effects of such programs.  This new study finds that such programs can work by helping couples build the skills needed to have stronger, more equal, and nonviolent relationships. Particularly when they focus on power and on gender roles, such programs can transform ideas and norms about who does what and who has power in the household, as well as in intimate relations.

This RCT assessed the impact of the MenCare fathers’ and couples’ program (known as Program P globally and Bandebereho, meaning “role model” in Kinyarwanda, in Rwanda). The MenCare program was conducted with expectant fathers and fathers of young children (aged 21-35), and it included their spouses or partners across four districts in Rwanda. The program used a 15-session curriculum adapted to the Rwandan context from Program P. The curriculum was initially developed in Latin America and includes sessions on gender and power, fatherhood, couple communication and decision-making, violence, caregiving, child development, and engaging men in reproductive and maternal health.

Men met weekly with the same peer groups, from their own communities, over a period of 4 to 5 months; women joined their partners for approximately half of the sessions. The sessions provided the opportunity, often for the first time, for men and women to talk about their hopes and fears as they become parents; to discuss specific topics like pregnancy, contraception, and violence; and to learn and improve their relationship with their partners, including communication, conflict resolution, and sharing caregiving responsibilities.

Twenty-one months after the MenCare fathers’ and couples’ program started, 575 randomly selected male-female couples participating in the discussions were compared with 624 similar couples who were randomly selected not to participate. The results include:

“He used to be away and to come back too late at night and he could not have time to discuss with me. This was a hindrance to the development in the family and led to conflict. After trainings […] he understood about violence. He evaluated himself and realized he was threatening violence against me.”
– Female participant

“I felt that anyone who would see me carrying a child on my back taking him/her to health facility would laugh at me. I felt that it was a big problem for me. I was uncomfortable bathing a child at my home, too. But as they trained us, so those perceptions faded away gradually.” – Male participant

“I am no longer afraid. We are now discussing about what is needed […] school fees for our children, about family planning, and about spending money.” – Female participant

The study affirms that targeting the transition into fatherhood, and supporting couples with skills to make their relationships stronger and more equal, can lead to more equitable and less violent relationships, and it can additionally lead to less violence against children. Partners in at least 15 countries have been working to adapt and implement this model, and Promundo has been working with key stakeholders in Rwanda and elsewhere to expand the program.

The MenCare+ program, developed from the tenets of the MenCare campaign, was a four-country collaboration between Promundo and Rutgers from 2013 to 2015, created to engage men ages 15-35 as partners in maternal, newborn, and child health and in sexual and reproductive health and rights.

Read the full article in PLOS ONE here.

* Findings presented as compared to a control group that was randomly selected to not participate in the MenCare program.