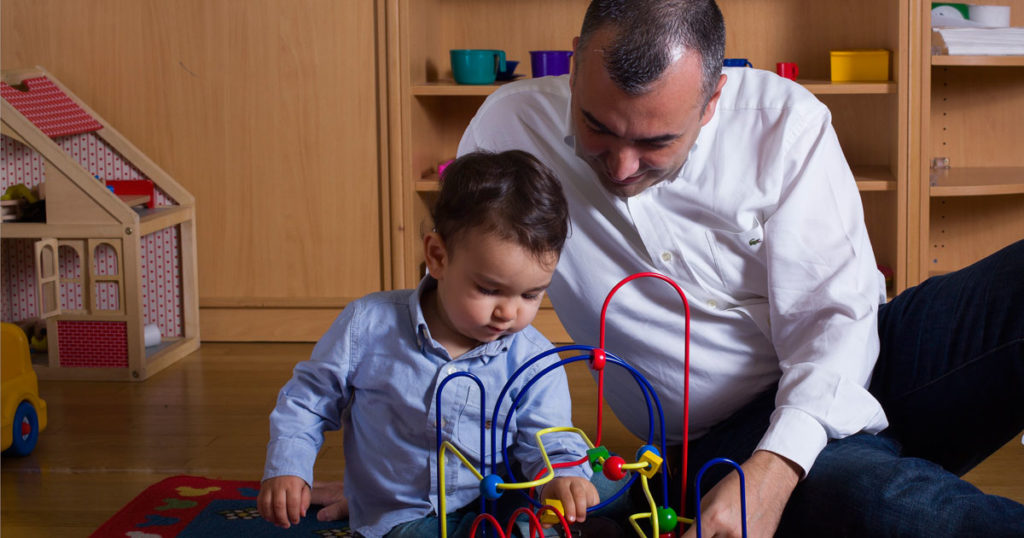 The private sector is now widely accepted around the world as a pivotal player in promoting social change and development, and businesses are more accountable than ever for their impact on communities. In Turkey, too, the importance of private-sector engagement in advancing involved fatherhood and gender equality in the workplace has become ever more apparent.

Socially conscious business practices and the degree to which companies recognize the importance of both men and women contributing equally to their child’s development will have a huge impact on whether gender equality and shared parenting can be achieved. MenCare partner AÇEV strongly believes that by raising awareness within businesses of the importance of engaged fatherhood, the private sector can be a driver of progress that benefits all.

The private sector accounts for 53% of the national workforce in Turkey, including approximately 10 million men, and as such it influences a wide cross-section of Turkish society in terms of jobs and norms.

AÇEV’s two-decades-long experience working with fathers has demonstrated the importance of involving as many stakeholders as possible in these efforts. Previously, the organization’s involvement was primarily with public institutions, nongovernmental organizations, and universities – with businesses only approached for funding.

AÇEV increasingly recognizes that the private sector must be better informed of structural changes that can be taken in the workplace, as well as how the business practices they employ can support or hinder involved fatherhood. For example, businesses can support employees in becoming more involved fathers by reorganizing work hours, increasing paternity leave days, planning childcare services, and being more sensitive to gender in their marketing practices.

This is a win-win situation for fathers, women, families, and employers, as flexible working arrangements, for example, improve the physical and mental health of employees, increase their commitment to their employer, and improve their motivation and performance, in addition to enabling them to be more involved parents.

On November 30, 2017, AÇEV organized a meeting on “Discussing Involved Fatherhood With the Private Sector.” The meeting included over 50 participants – high-level directors, administrators, and human-resources managers, among others – from banks to multinational companies like Fibabank, Koc Holding, Gap, UPS, and Benefit Cosmetics.

The meeting began with a panel discussion involving a mother blogger, a father blogger, a business representative, and an AÇEV Father Support Program alumni/advocate. The two bloggers spoke about how their readers responded to involved fatherhood and equal parenting anecdotes they shared online. The Father Support Program alumni/advocate discussed how his journey as a father was transformed by the program. Finally, the business representative shared how his company discredited prejudices against female employees by giving women complete responsibility for an entire production line, which became very successful. After the panel, participants were asked to discuss the role companies can play in promoting involved fatherhood.

The panel was followed by workshops to discuss the steps and measures that companies could take in their own workplaces to facilitate gender equality and involved fatherhood. A mini toolkit designed by AÇEV facilitated the discussion and provided a range of examples for the adoption of gender-equitable practices and information on family friendly measures.