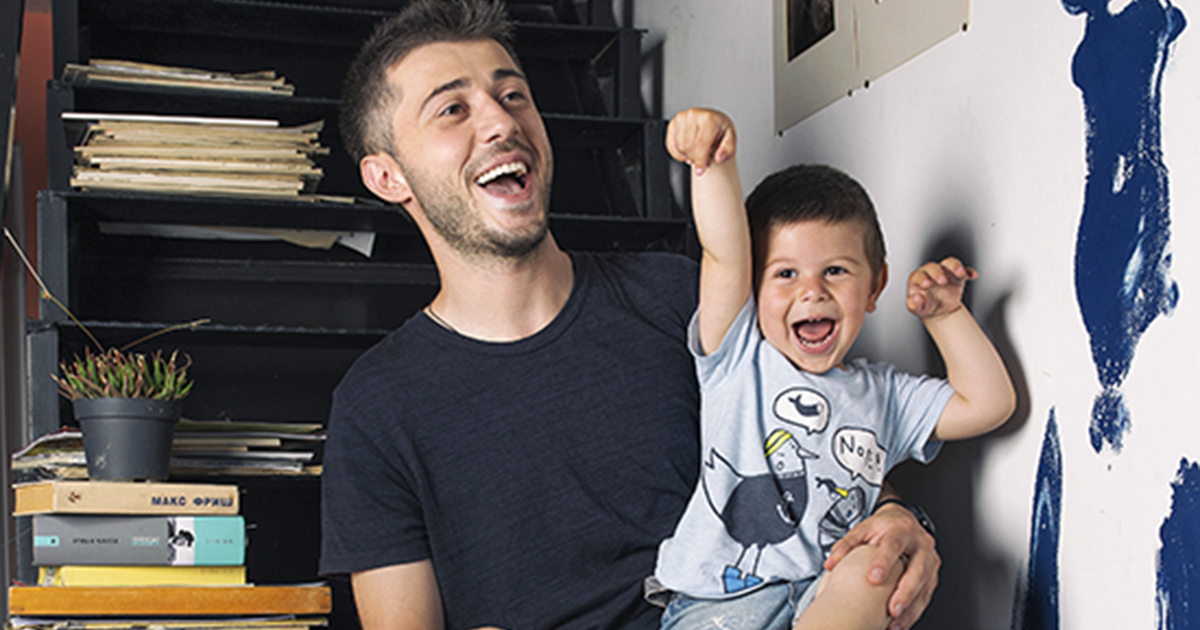 On March 2, at the Radison Blu Iveria Hotel, members and supporters of the MenCare Georgia Campaign celebrated Gender Week in Georgia, which aims to reinforce men’s support to achieving gender equality.

Activists of the MenCare Campaign, who strongly believe that  gender equality is an important issue not only for women, but also for men and for society as a whole, strive to expand their network and engage more men in public discourse about achieving real equality between men and women. The March 2 event brought together more than a hundred participants and supporters of the campaign including politicians, representatives of the government, art and science fields, athletes, writers, musicians.

Activists of the campaign spoke about the importance of men’s involvement as equitable, nonviolent fathers and caregivers in order to achieve family well-being, gender equality and better health for mothers, fathers, and children; shared success stories, and brought to the attention of the audience advocacy issues, such as introducing an official celebration of Father’s Day (June 19) in Georgia and promoting paternity leave.

The MenCare campaign was launched by the UNFPA in partnership with the NGO We Care in July 2016, within the framework of the United Nations Joint Program for Gender Equality. The success of the campaign is largely determined by the fact that is has been designed based on evidence and considering the socio-cultural context of Georgia.

The research findings confirm that existing stereotypes and established clichés prevent men from taking responsibility and being caring fathers, husbands, partners and family members. It also suggests the existence of strong social standards; based on the findings of the survey Men and Gender Relations in Georgia, conducted with UNFPA support in 2013, the share of men involved in daily activities such as selecting reading books, talking with schoolteachers, helping their children with homework  if necessary and washing their clothes, does not exceed 5%.

The MenCare Campaign aims at promoting men’s involvement as equitable, non-violent fathers and caregivers in order to achieve better health and family well-being and to encourage men to support gender equality and thus contribute to the harmonious development of society. The MenCare campaign is open to all men who share the ideas and principles of the Campaign.

According to Lela Bakradze, UNFPA/Georgia Assistant Representative “It is very encouraging that the Campaign has gained popularity among men. Together with partners we have already started expanding MenCare Campaign in the regions of Georgia so that more men embrace the idea and the aim of this campaign. Changing attitude of men will help to advance gender equality and reduce violence.”

The event is organized by UNFPA Georgia Country Office in partnership with the NGO We Care within the framework of the UN Joint Program for Gender Equality funded by the Government of Sweden.