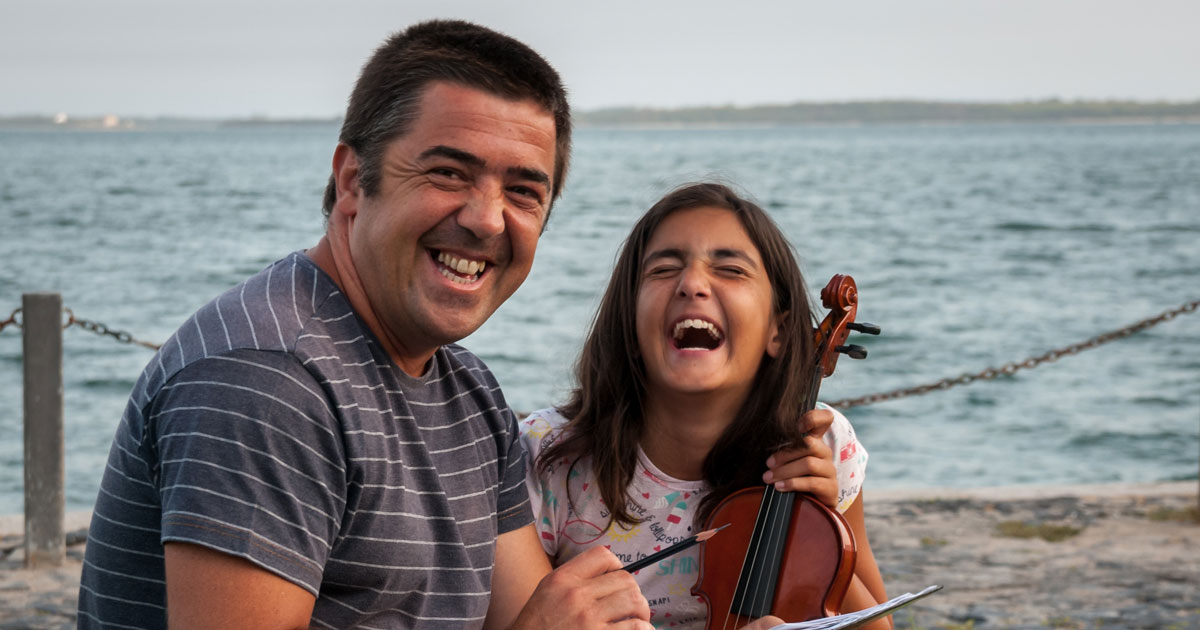 MenCare partner Center E8 organized a “two-in-one” event on October 28, 2016 in Belgrade, Serbia as part of its “Super Dad” campaign. The event featured the opening of a photo exhibition on active, engaged, gender-equitable, nonviolent, and responsible fatherhood, as well as a new research publication on fatherhood entitled Daddy, You’re Here, by author and journalist Tamara Skrozza. At the event, Center E8’s Branko Birač and Tamara Skrozza spoke about the process behind the photo exhibition and the publication.

The photo exhibition was created by youth and photography students who had previously participated in workshops organized by Center E8 on gender equality and care. The photographers had been tasked with identifying “super dads” in their communities – fathers who demonstrated equitable and involved fatherhood – and with capturing moments from these fathers’ everyday lives and interactions with their children. In addition to Belgrade, the photos showed fathers from five other communities in Serbia and from Setúbal, Portugal. The exhibition was displayed through November 7 at the Cultural Institution “Parobrod” and its photographers included: Branko Birač, Tijana Manić, Jelena Žigić, Ana Stojakov, Slavka Nikolić, Jelena Stevanović, Branislava Gigović Grubić, Bojana Sapun, and Natalija Biščić.

The new publication Daddy, You’re Here is a qualitative review of fatherhood in Serbia, based on interviews with 22 fathers and seven representatives from Serbian organizations and institutions. The research was founded on the idea that narratives about parenthood must also include fathers, many of whom are involved and active in the lives of their children and families. The study examines the problems and challenges that fathers face, as well as opportunities for their greater involvement in what were once, almost exclusively, considered “female” jobs and responsibilities.

The publication looks at key questions such as: How do Serbian fathers play with their children and how do they take care of them? How do they show their emotions? What were their own fathers like when they were growing up? How does their parenting now compare to how they themselves were raised? What do they think about parental leave for fathers? What does being a “super dad” mean to them?

After the October 28 event, Center E8 aims to continue promoting Daddy, You’re Here at future events and online, and will distribute the publication to relevant institutions and organizations.

“Super Dad” campaign activities are implemented by Center E8 and supported by UNFPA in Serbia and CARE International Balkans.