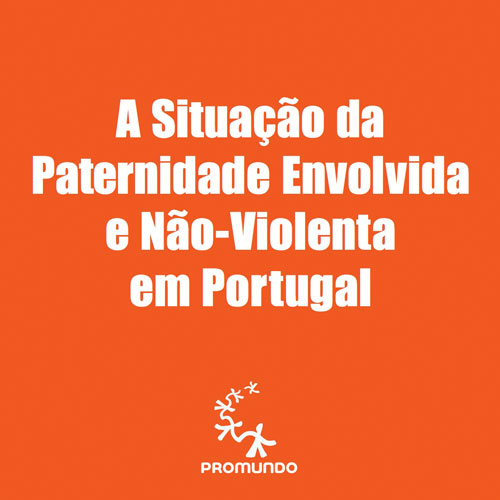 Promundo-Europe, in collaboration with the Centre for Social Studies of the University of Coimbra and the Coimbra School of Nursing, launched its first report on the State of Involved and Nonviolent Fatherhood in Portugal at “Big Plans for Equality,” the fourth meeting of health professionals hosted by the Association for Family Planning in Lisbon on May 31.

Involving men in fatherhood and caregiving has enormous potential to transform the lives of men and women in Portugal and around the world. With this in mind, the report presents the current state of fatherhood in Portugal and provides recommendations for policymakers, decision-makers, employers, health professionals, and educators on how to further engage men in equitable, nonviolent caregiving.

State of Involved and Nonviolent Fatherhood in Portugal follows the launch of State of the World’s Fathers, a MenCare advocacy publication, and other regional and national reports on the subject. Along with presenting the state of men’s contributions to caregiving in Portugal, the report includes two additional sections: (1) a section on best practices for employers, which aims to inspire new policies to support involved parenting; and (2) a section comprised of detachable postcards with messages and data on involved and nonviolent fatherhood. These postcards also serve as mini-posters and bookmarks, thus providing an opportunity to share the report’s findings more broadly.

The State of Involved and Nonviolent Fatherhood in Portugal report can be accessed in Portuguese here.