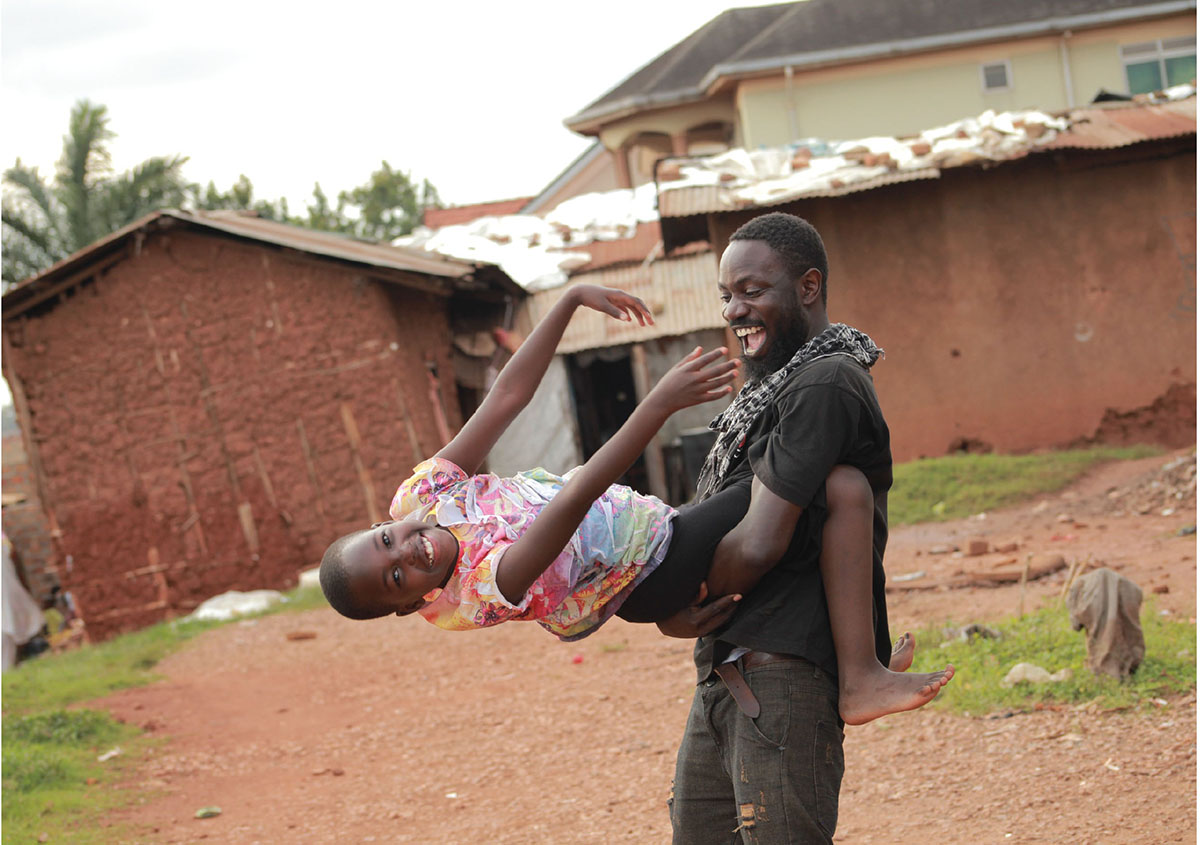 In May 2016, the Swedish Embassy in Kampala organized the photo competition “Ugandan Dads” to highlight caring male role models, and to spark a discussion on gender equality more broadly. The photos portray fathers with their children and men who are actively engaged in household work. The Embassy received over 150 contributions from the Ugandan public through social media.

One of the finalists, Richard Onyai, says of his experiences as a father:

“Before having kids I was hard on myself, my wife, and my workplace mates. After participating in nurturing my first child, I noticed that I’d changed … I became more tolerant of my shortcomings and that of my mates. I’ve scored high on interpersonal relationships at workplace. My wife has become the best friend I ever had.”

The finalists were recognized at a ceremony on June 14, several days before Uganda celebrated Father’s Day. The photos from “Ugandan Dads” were displayed along with the exhibition “Swedish Dads,” by Swedish photographer Johan Bävman, and photos from Sonke Gender Justice, MenCare’s global co-coordinator. The event was well attended by Ugandan authorities, civil society members, cultural artists, media representatives, and, of course, Ugandan fathers with families. Speaking at the event, Urban Andersson, the Ambassador of Sweden to Uganda, said:

“Role models, men and women who challenge stereotypes, are important. We showcase men who stand for a positive masculinity — men as caring fathers, men as nonviolent negotiators, men as supportive spouses who often sacrifice much of themselves in order to provide for their wives and children. We hope that the Ugandan and Swedish photo exhibitions will stimulate to reflection and discussion. There are many role models in Uganda that deserve praise and attention.”

The photo exhibition follows an event earlier this spring at Makerere University, Sweden@Makerere, focusing on men and women who challenge stereotypes, such as Ugandan female kick-boxing champion Patricia Apolot and Swedish and Ugandan fathers who promote gender equality. The response from the 500+ students who attended the event was very positive, revealing a genuine interest in discussing and reflecting on gender roles amongst the younger generation.

Read more about “Ugandan Dads” and view all of the finalists’ photos here.