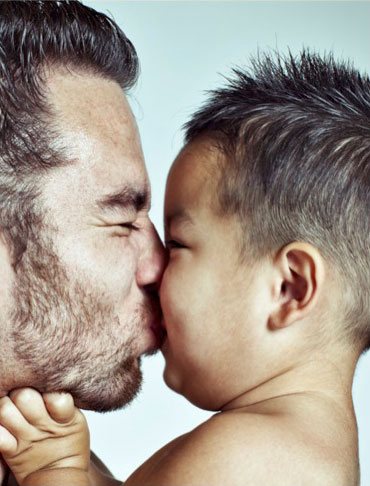 The MenCare Campaign in collaboration with the Clinton Foundation’s No Ceilings: The Full Participation Project and HeForShe: UN Women Solidarity Movement for Gender Equality, cordially invite you to the launch of the world’s first-ever report on the State of the World’s Fathers – providing a global view of the state of men’s contribution to parenting and caregiving around the world.

Around 80 percent of the world’s men and boys will become fathers in their lifetime, and virtually all men have at least some connection to children in caregiving relationships. Yet despite this, engaging men in caregiving is only just beginning to find its way onto the global gender equality agenda.

Produced by MenCare, a global fatherhood campaign, the State of the World’s Fathers report is intended to provide a periodic, data-driven snapshot of the state of men’s contributions to parenting and caregiving globally by addressing four issues related to fatherhood: unpaid care work in the home; sexual and reproductive health and rights, and maternal, newborn and child health; men’s caregiving and violence against children and women; and child development. It defines a global agenda for involving men and boys as part of the solution to achieve gender equality and positive outcomes in the lives of women, children, and men themselves.

The launch event will include opening remarks and comments, a presentation of the report’s key findings, and a panel discussion about how and why fatherhood matters.

The MenCare Campaign is co-coordinated by Promundo and Sonke Gender Justice, with Rutgers, Save the Children, and the MenEngage Alliance serving as Steering Committee members. Visit www.men-care.org.